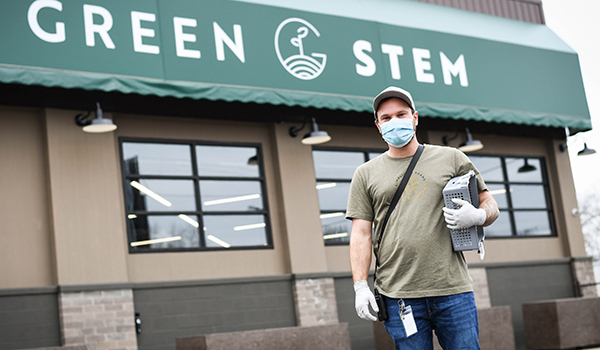 NILES – The next steps for Arwen, LLC to grow its business a little greener were approved unanimously at the Monday night regular Niles City Council meeting.

Arwen, LLC is a part of the GreenStem business, a marijuana adult-use and medical provisioning center located at 1140 S. 11th St.

During public comments, Arwen, LLC and GreenStem principal George Lynch told the city council that GreenStem was nearing its one-year anniversary in Niles on Tuesday, March 2.

“It has been nothing but a joy to work with the folks of Niles,” Lynch said. “We are now venturing into our next phase of our operation, and that’s why we are here tonight.”

“We should be done sometime in April,” Lynch said.

For the facility, Lynch said they plan to hire 12 to 15 employees. According to the city council report, Arwen, LLC, plans to pay its employees a living wage of $15 plus, per hour, in its first year. The company reportedly estimates grossing $9.5 million in its first year of revenue.

“We are very excited to expand our operation in Niles and come full circle like we promised we would do, being a grower, retailer and processor,” Lynch said. “We are excited to get this part of our business going.”

Also on the agenda at the Niles City Council meeting was appointing Public Safety Director James Millin as the city’s emergency management coordinator.

According to the city council report, prepared by City Administrator Ric Huff, the position has historically been appointed to the city’s fire chief.

The measure passed unanimously at the meeting.

BERRIEN COUNTY — The Berrien Community Foundation sought – and won – a $60,000 grant to help in the ongoing... read more