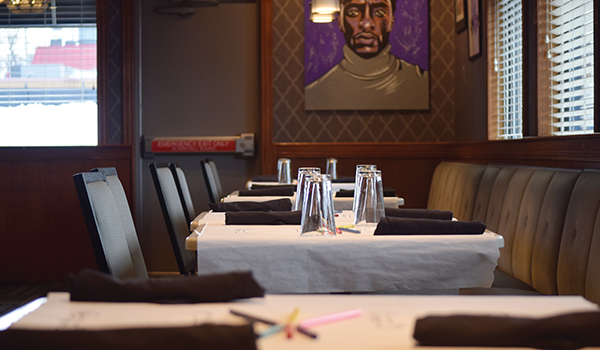 SOUTHWEST MICHIGAN – On Feb. 4, the update to the Michigan Department of Health and Human Services order allowed contact sports to resume with COVID-19 precautions in effect.

The order, which extends through March 29, focused its message largely on the masking and testing measures required to continue non-professional sports. Not included in the highlights of the order was the quiet extension of the 25-percent capacity limit and 10 p.m. curfew for restaurants.

In the MDHHS order originally announced Jan. 22, restaurants were allowed to reopen with limited capacity beginning on Feb. 1. The original order was set to expire Feb. 21. In the Feb. 4 update, the 25-percent capacity was included to extend to March 29.

“It was put into a revision in the epidemic orders,” said Gillian Conrad, communication manager for the Berrien County Health Department. “Fanfare was given to high school sports, but it was included.”

According to Bob Wheaton, public information officer from MDHHS, decisions like the extension are based on the science and data about how COVID-19 spreads. Key metrics are used such as total cases, percent positivity and hospitalizations.

“The Feb. 4 order resuming high school sports was an amendment to the general masks and gatherings order that also covers the hospitality industry, which was made publicly available and widely distributed when the order was released,” Wheaton said. “We are continually reviewing our data and the precautions in the order and have amended orders prior to expiration.”

Wheaton referenced a study by the University of Michigan, which suggested epidemic orders saved more than 100,000 Michiganders from falling ill with COVID-19, and prevented nearly 2,000 deaths.

“We know restaurants have done a phenomenal job at putting safety procedures in place,” Conrad said.

She said residents were encouraged to support their local restaurants by ordering carry-out or getting a reservation to dine-in.

“We are happy to see what has been implemented in Berrien County,” Conrad said. “We will continue to do routine inspections. But so far, things have looked good. We are hoping we can support our local businesses as much as possible.”