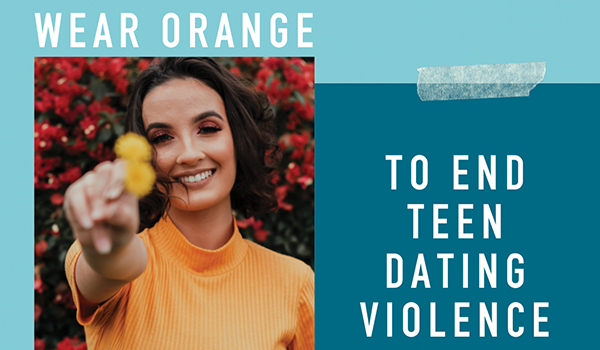 SOUTHWEST MICHIGAN – Krista DeBoer, executive director of Domestic and Sexual Abuse Services, said one of the most important things about February being National Teen Dating Violence Awareness month is increasing awareness and understanding.

In years’ past, DASAS hosts a Healthy Relationships segment within area schools. The programming includes connecting with students on what healthy relationships look like, and what those relationships should not look like. Topics like sexual violence, domestic assault, sexting, sexual harassment and bullying are all mentioned through the programming. This year, due to COVID-19, the program has not been widely available. Still, without the program, DeBoer said there are resources teenagers should know about and have access to for support.

“In order to prevent this, one of the first things is to be able to talk to somebody — a trusted person, whether it’s a teacher, a coach, an aunt or uncle, even a peer. You need to be able to tell,” she said. “It’s really hard, but by telling somebody, they may be able to do something to help, or just listen and support.”

Teen dating violence is a problem that extends past southwest Michigan. When Michigan Gov. Gretchen Whitmer proclaimed February 2021 to be National Teen Dating Violence Awareness month in Michigan, she was raising awareness of an issue that impacts many of today’s youth.

In Whitmer’s proclamation, she highlighted figures from the Centers for Disease Control and Prevention showing a stark reality. A figure she highlighted first was one in 11 girls, and one in 15 boys in high school reported experiencing physical dating violence in the last year.

According to the CDC, one in nine female students and one in 26 male high school students reported experiencing sexual dating violence in the last year.

The problem carries into adulthood, with the CDC going on to say 26 percent of women and 15 percent of men who were victims of sexual and/or physical violence, and/or stalking by an intimate partner in their lifetime, first had these experiences in a form of violence by that partner before the age of 18 years old.

“Most people are not aware that it is happening,” DeBoer said. “If you have people who aren’t aware, or don’t know this is an issue, combined with teens who either don’t have somebody to tell, or don’t tell for a variety of reasons, including fear, intimidation, or power-control of the perpetrator, then it continues to keep this issue in the dark.”

DeBoer cited a figure from LoveIsRespect.org, stating that 81 percent of parents do not believe teen dating violence is an issue, or don’t know if it is an issue.

“These statistics are very telling,” DeBoer said. “If parents or caregivers are not aware, it makes it hard to prevent it.”

DASAS has worked toward moving many of its services to teleservices, to continue providing support and care to its clients.

“I think the biggest thing is [we need] to be able to support and believe teenagers when they come forward, when they are saying ‘this is an abusive situation or something is not right,’” DeBoer said. “If it’s not taken seriously, or we think they’re just being teenagers, it’s harder to be able to provide the help and support they really need. [Teens and adults] need to know this is a real thing, and if someone comes forward: to listen, hear and believe them.”

“We have an advocate on the other end of that line that is caring and kind, and is ready to help in any way they can,” DeBoer said.

For those who prefer to text, LoveIsRespect.org has a text service available by texting LOVEIS to 22522.