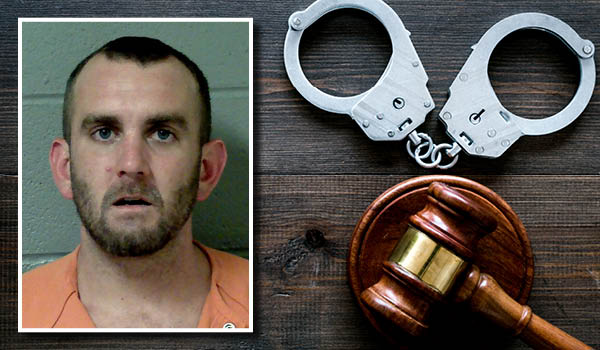 CASSOPOLIS – A Niles man with an extensive criminal record was sentenced to probation and jail on drug and stolen vehicle charges in Cass County Circuit Court Friday.

Jacob Patrick Ketchum, 32, of South Fourth Street in Niles, pleaded guilty to possession of meth and was sentenced to two years’ probation, 365 days in jail with credit for 129 days served, six months license suspension and $2,268 in fines and costs. He can serve part of his jail sentence in the Twin County Probation Center.

He was also sentenced to credit for 129 days already served and $68 in fines and costs for attempted receiving and concealing a stolen motor vehicle.

The incident occurred Sept. 15, 2020, when police found him in a stolen vehicle on Thomson Road in Howard Township. He was also found to be in possession of methamphetamine.

Ketchum told police that he had borrowed a car that was for sale in Benton Harbor and had it break down in Berrien Springs and then in Niles.

“It seems preposterous,” Cass County Circuit Judge Mark Herman said. “You had no contact information for the owner of the car, and the female passenger in your car gave a fake name. The whole story is unbelievable.”

Judge Herman noted that these are Ketchum’s 26th and 27th criminal convictions with the previous ones having been for misdemeanors. He said that the defendant has been using drugs and drinking alcohol for nearly 20 years. Ketchum had been placed on probation for domestic violence in Berrien County just days before the Cass County incident.

“Your record has finally caught up with you,” the judge said. “You can stop wasting your time and mine. If you want to go to prison, let me know, I won’t make you go through probation. If you don’t want to go to prison, I expect you to be serious. If you violate your probation, you can bet the court will give you prison.”

Ketchum told the judge that he was serious and that his current stint in jail has been an eye opener for him.

“This is the first time that prison is staring me in the face,” he said.