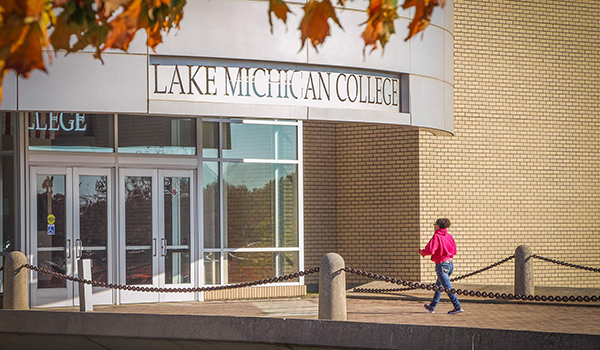 BENTON HARBOR — Lake Michigan College’s Board of Trustees met for the first time this year on Monday, Jan. 4, welcoming new board member Vicki Burghdoff and selecting a new slate of officers for 2021.

Jeff Curry of Buchanan, was named the new board chair, with John Grover as vice chair, Mary Jo Tomasini as secretary, and Joan Smith as treasurer. Debra Johnson, Burghdoff, and Michael Lindley are trustees at large.

Curry, the former vice chair who was first appointed to the board in 2016, succeeds Johnson, who holds the distinction of being the first African-American woman to serve as chair of the LMC Board.

“I cannot say enough about Debra’s leadership during her tenure, particularly during an unprecedented 2020,” Curry said. “Her expertise and leadership during this pandemic shaped how quickly we were able to respond to COVID-19, with an unwavering goal of always putting the wellbeing and education of our students first. It’s no small task, but I hope to follow the example she set.”

Curry, a veteran of both the finance and transportation industries, has a long history with LMC. He is a past president of the Lake Michigan College Foundation. His wife, Diane, is an LMC graduate and previous recipient of the college’s Distinguished Alumni Award. Both of their daughters, Jenny and Megan, are also LMC alumni.

The board of trustees consists of seven volunteer members elected at large from the Community College District at the state’s general elections. Members are elected for six-year terms of office staggered so that two or three expire every two years.

Johnson and Tomasini retained their seats in the November election, while Burghdoff was elected to the Board for the first time. Burghdoff has a bachelor’s degree in psychology and a master’s degree in counseling and personnel. The Coloma resident previously served on the workforce development board for Berrien, Branch and Calhoun counties.