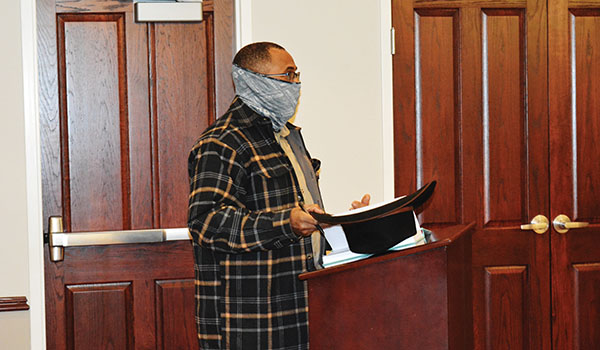 DOWAGIAC — A local municipality is calling on the Cass County Road Commission for help.

The Dowagiac City Council authorized an agreement with the Cass County Road Commission and Wayne Township for improvements necessary to resolve erosion issues on Nubour Street.

The authorization was made during Monday’s city council meeting at City Hall.

According to a memo to the city from city manager Kevin Anderson, when the city water system to Nubour Street was expanded, a structure to house a booster pump was needed. Since the construction, the drainage to the area has continually been impacted by gravel eroding from portions of Nubour Street.

“We’ve been over to the street at least six or eight times now to clean that up,” Anderson said. “Along the way, we’ve been in negotiations with the county road commission, which has jurisdiction over the road within Wayne Township. Just before the holidays, we came to some agreement that the county road commission would come in and basically reshape the road paved where it comes down the hill.”

The agreement calls for improvements that will eliminate the gravel erosion that impacts water facilities and the neighboring property. The cost of the project is to be shared equally with Cass County and Wayne Township with expected cost to be $16,625 each.

“That will eliminate the gravel running off,” Anderson said. “It will significantly reduce some costs that we have to maintain roads in and around that area. At the end of the day, the road improvement will take care of an important maintenance issue we have and we would be good stewards of the property to make sure we took care of it.”

In other business, newly-elected District 7 Cass County Commissioner Jeremiah Jones was on hand for Monday’s meeting and introduced himself to the council. Jones said he ran and campaigned around eight topics, including securing funding for first responders, investigating dangerous road intersections, and finding ways to bring more community centers and mental health services to the county.

“That’s what I plan on doing during my term of office,” Jones said. “Over the next two years or shorter. If I can’t, I plan on holding myself accountable to the city council, Pokagon Township and my constituents. I would like to talk with you all separately and get your top priorities. I’d like to make your priorities my priorities and match that up with the citizens of our city and township.”

CASSOPOLIS — A local organization will be able to provide free meals to senior community members thanks to another organization’s... read more