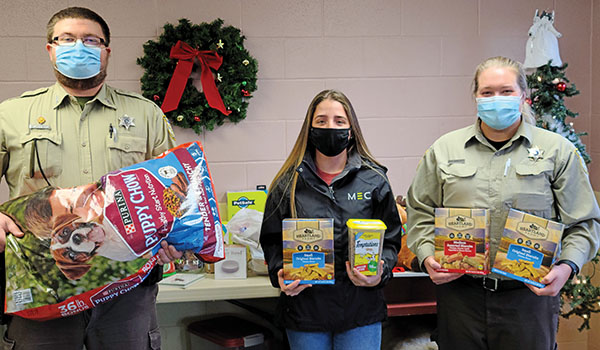 That meant many much-needed donations would not be coming in to assist in running day-to-day operations. In response, 2020 Miss Cassopolis Kaitlyn Hartsell put out a plea to the public, asking for donations of bleach, laundry soap, dish soap, and dog and cat treats.

The public heard that plea and responded in a big way, according to shelter staff. The Sign of the Unicorn, one of the Miss Cassopolis Scholarship Program’s prominent sponsors, ordered a large amount of cleaning items and dog/cat treats.  Additionally, several monetary donations were gifted as well as a $200 donation from local sorority sisters at Theta Mu Beta Sigma Phi.

Readers interested in donating can go to Cass County Animal Control, 323 M-62, Cassopolis. The shelter is open 11 a.m. to 5 p.m. Monday through Friday.

CASS COUNTY — After years of research, one Cassopolis native has published a book about Cass County’s ties to the... read more