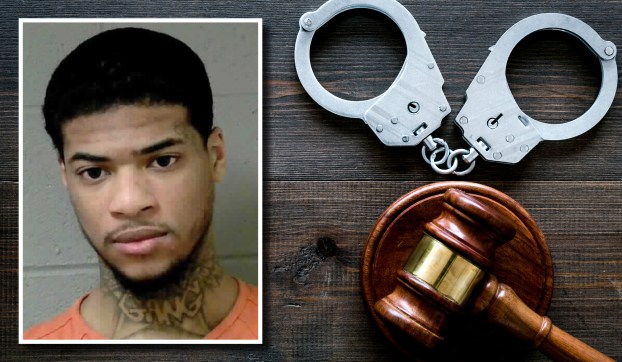 Ameriwood shooter could serve up to 40 years

CASSOPOLIS – A South Bend man should consider himself lucky that the person he robbed and shot nearly two years ago in the Ameriwood parking lot in Dowagiac did not die.

Antoine Romon Bird Jr., 21, of Whitehall Drive in South Bend, pleaded guilty to conspiracy to commit armed robbery and was sentenced to 14 years to 40 years in prison. He has credit for 662 days already served and must pay $1,758 in fines and costs.

The incident occurred Jan. 21, 2019, when Bird and others traveled to Dowagiac to rob James Smith of marijuana. They met in the Ameriwood parking lot where Bird shot Smith in the arm and legs and then stole his vehicle. He then met up with the others he came with and they went back to South Bend to divide up the marijuana.

Another co-defendant, Eric Houston, also of South Bend, was convicted of eight felony robbery and weapons charges in a jury trial in 2019 and was sentenced to concurrent terms of 11 years three months to 30 days in prison.

“You’re only 21 and have two children,” Cass County Circuit Judge Mark Herman said. “This is your second criminal conviction but quite a serious one. You’re fortunate that the victim didn’t die, you could have been looking at mandatory life in prison without parole.”

“You will get out and still be a young man,” the judge added. “But if you don’t change your ways, any further criminal activity will have serious consequences.”

“It’s quite clear that he was the leader of a deadly raiding party from South Bend to steal from a card-carrying marijuana grower,” Cass County Prosecutor Victor Fitz said. “…This was a very chilling case, there was profuse bleeding and the person almost died.”

“This defendant didn’t hesitate to pull the trigger,” Fitz added. “These types of crimes in the community made Dowagiac a less safe place in the eyes of the public … The victim was a good kid and a young man with a promising career in basketball. That’s over due to what the defendant did.”

“He needs to understand how lucky he is to be facing 14 years, it could have been greater,” he said. “We ask for 14 years, and it will be 14 years due to truth in sentencing. It will be 14 years before he’s a free bird. I hope he realizes that when he gets a chance to be out again that he will be a productive member of society.”

CASSOPOLIS — The Kalamazoo man who killed a man in Dowagiac earlier this year will spend the next 43 years... read more