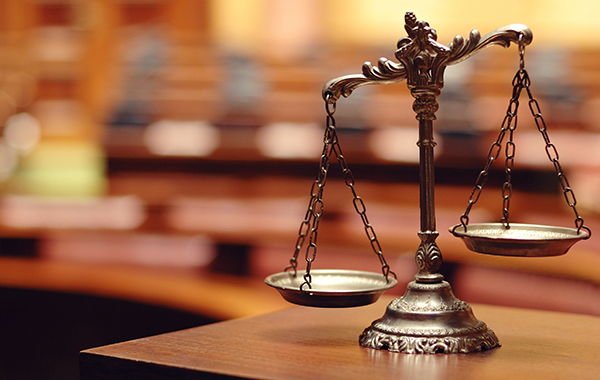 The delay in holding court proceedings caused by the COVID-19 pandemic this year hasn’t just disrupted docket scheduling and released some defendants from jail with bond reductions; it has also meant justice delayed for those who have been victims of crime.

Court officials in both Berrien and Cass counties began delaying court proceedings in March at the direction of the State Court Administrative Office and have not been able to get back to normal since then. Berrien County was able to conduct jury trials in September and October before shutting them down again. Cass County never got to that point.

For crime victims, that has meant preparing to have their day in court and telling their story only to have that day put off for weeks if not months. The stress of being in limbo only adds to what they have already had to go through.

Area prosecutors say that this pandemic has made it even more imperative that they continue to touch base with victims to make sure they are aware of what is going on and what is coming next. The prosecutor’s offices in both counties have victim witness advocates who work with victims throughout the process from arraignments to verdicts.

“It’s been a major challenge for victims with all the delays,” Cass County Prosecutor Victor Fitz said. “They say that justice delayed can be justice denied and it’s true. It creates an additional stress in their lives.”

“When victims have repeatedly anticipated court hearings and meetings with prosecutors, it can create battle fatigue in them when everything keeps getting delayed,” he added. “It’s not necessarily anyone’s fault, but it’s a reality.”

He said he hopes that people remember what crime victims are going through during this pandemic.

“We are really in an era when everything is focused on the defendants and not on the victims and that’s backwards,” he said.

Fitz noted that normally a criminal case can take up to a year to resolve, from the time someone is charged to when there is a verdict and judgment.

“A major case is usually resolved in a year and other cases in less time than that,” he said.

He said the perspective is much different for defendants and victims when it comes to the effects of the pandemic. While many defendants may be glad to be able to put off their day in court, it’s the opposite for victims. Victims end up being in limbo and not getting any closure.

“One thing we have learned is perseverance,” Fitz said. “We’re not abandoning cases or forgetting the victims. We’re actually having more contact with the victims during this time and they continue to be determined.

“We regularly touch base with the victims to reassure them that their cases will be prosecuted vigorously,” he added. “The victims can get tired of waiting and it’s up to us to continue to be supportive of them. When we get out of the eye of the hurricane, we can move forward.”

The oldest case his office is currently dealing with is that of George Field, the former Southwestern Michigan College instructor charged with criminal sexual conduct, perjury and insurance fraud. The incidents date back as far as 2015 and Field was charged in the fall of 2017.

That case has been delayed a number of times over the last three years for a variety of reasons including the defense attorney’s health issues and having to get another judge to handle the case. Allegan County Circuit Judge Roberts Kengis is now presiding over the case and scheduling has to take his docket and responsibilities into consideration.

The Field trial had been set to start Jan. 11 and has now been postponed to start April 12. Whenever it actually does take place, it will be held in Cass County Circuit Court.

In Berrien County, Prosecutor Michael Sepic agreed that this year has been unlike any other. “Under normal circumstances, there’s not a bad congestion of cases going through the system,” he said.

He noted that his office had a number of cases pending in March that dated back to late 2019. Most of those cases have been put on hold with the Berrien County Trial Court only able to conduct trials for a short period of time in September and October before shutting down again.

“We get calls from victims and witnesses and we respond to them,” he said. “Normally the judge sets the date for a trial and we get subpoenas out. We did some in September and October and then they got canceled.”

NILES — By 10:30 a.m., a small crowd had gathered together in the chilly, snowy weather near the road in... read more