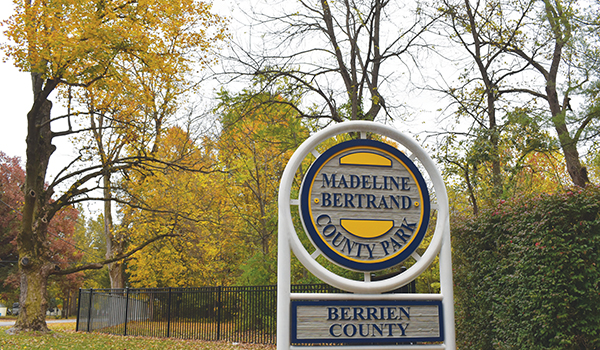 NILES — The Michigan Natural Resources Trust Fund Project has its 2020 recommendations from its total grant award of $27,289,600 for the state. Amongst the 30 awards, a $300,000 grant is expected to be granted to Berrien County Parks for an addition to Madeline Bertrand Park.

Madeline Bertrand County Park, located at 3038 Adams Road, may be acquiring an additional plot of land to add to its existing park structure.

According to Berrien County Parks Director Brian Bailey, there are still several more hoops for the board to jump through before the funding is in the county’s hands.

The land Berrien County Parks hopes to add to Madeline Bertrand Park would expand the park by 37 to 38 acres.

Bailey said the parks department was approached about an opportunity to purchase the property, to add Madeline Bertrand County Park.

A large portion of the acreage includes river frontage of the St. Joseph River.

“Anytime there is an opportunity to add to the public ability to access natural property, it’s a wonderful thing,” Bailey said. “This property being on the St. Joe River, connected to Madeline Bertrand Park, is somewhat wooded, an open area and is a really nice piece of property.”

The money the MNRTF allocates are part of a constitutionally protected grant for land purchases and development in Michigan.

“[The money] cannot be diverted toward projects like streets and sewers. They can’t be diverted to anything else, but the people in Michigan voted to make parks,” Bailey said.

Bailey is excited for the announcements in the spring from the government, as he hoped the grant would be voted for, as it has been in the past.

“It will keep public land in perpetuity,” Bailey said. “Some of us have realized how important parks are during this pandemic. We were told: ‘go to your parks and take a walk.’ It’s a crucial part of our mental and physical health.”

The Berrien County Parks Department will host as parks committee and committee of interested residents to hear what the best use of the anticipated acquisition of land in the spring.

Hiking, biking and cross-country trails and additional disc golf were some of the ideas that came to Bailey’s mind as he considered what the committees might hear for suggestions.

“It’s just fun to imagine what could benefit the public,” he said.

NILES — Frustrated business owners and residents gathered at The Grand LV in Niles at 4 p.m. Monday for what... read more