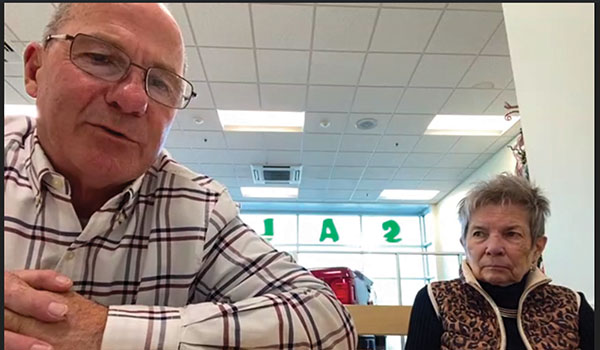 DOWAGIAC — C. Wimberley’s Feed the Hungry campaign was the topic at hand at the Dowagiac Rotary Club’s weekly meeting Thursday via Zoom.

Campaign spokesperson Jim Allen was the special guest this week and discussed how the program came to be, as well as how the program is faring in its 11th year of existence.

“[Charles Wimberley] grabbed me and another guy, and we put together a way to raise money for people in need,” Allen said. “We started going to the businesses in our area to put their business logos on a car and drive around Dowagiac, so as we went around talking to the businesses, people were getting on and signing up to help with our program.”

A few years into the program, a legal roadblock threatened its existence. Allen was then approached by Jeff Neuman, the media liaison for ACTION Ministries, about collaborating on the program. ACTION Ministries is a collaboration of six area churches that administers to individuals and families in the Dowagiac area.

“[Jeff] came to us at C. Wimberley,” Allen said. “’He said, ‘We think we can take your program to the moon’. About 10 minutes into that conversation, we were up and running. ACTION has a great program.”

All monetary donations are turned over to ACTION Ministries. For every $1 Feed the Hungry raises, ACTION Ministries is able to purchase $6 worth of food, Allen said. This year, the program has already met its goal of $20,000 raised and hopes to exceed the $30,000 it raised last year.

“$30,000 basically buys $180,000 worth of food,” Allen said. “We bring two big food trucks a month into Cass County and stock all of our food pantries twice a month for the whole year. Nationally, food pantries cannot keep up with demand, but we keep our stock full twice a month. It just seems to work for the whole county. A couple of guys had a great idea, and then the whole city rallied with them to make it all come true.”

Allen also discussed Operation Healthy Eating, a new initiative the campaign started to promote healthy eating and the consumption of fruits and vegetables.

“People in our communities do not eat enough vegetables and fruit,” Allen said. “Oftentimes, we are not able to get that to them due to the shelf life of fruits and vegetables. So, we are talking with Family Fare, a huge supporter of our program, about picking up fruits and vegetables from them and driving it right to the food truck.”

Allen said he has been overwhelmed by the generosity of people in the community and beyond.

“I have one customer in Chicago that sends $120 a month to Feed the Hungry month in, month out,” Allen said. “We get checks from people that aren’t from here but who really like the program. They feel confident they’re giving money to something that all goes to food and stays in that area, instead of sending stuff overseas or having a big administration fee.”

Rotarian Carol Goodell is a supporter of the Feed the Hungry campaign and thanked Allen for his efforts.

“One thing that is so impressive to me is that there are no administrative costs that are filtered off,” she said. “All of the money that is collected goes to buying large amounts of food that we never could buy on our own.”

CASSOPOLIS — The Cassopolis Streetscape Project and the village’s beach project will be wrapping up for 2020 on Dec. 18,... read more