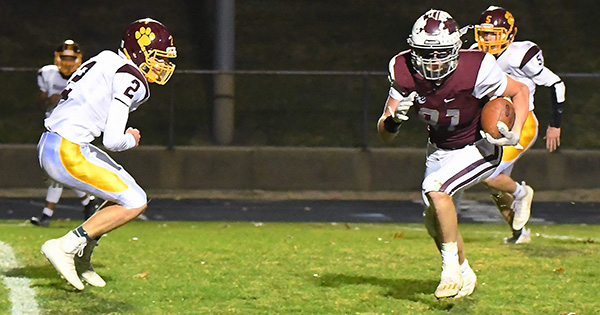 BUCHANAN — The Michigan High School Football Coaches Association, despite having not yet completed the 2020 season due to a pause with three weeks remaining because of COVID-19 state guidelines, has announced its Division 6 All-Region team.

Buchanan, which went undefeated during the shortened regular season, had a pair of players named to the Division 6 All-Region team — Johnny Rager and Gavin Fazi — as well as second-year Head Coach Mark Frey. 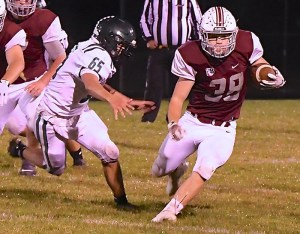 “We are very proud of Johnny and Gavin for being selected to the All-Region team,” Frey said. “They both are very deserving of this honor, and we are thrilled that they are being recognized for their effort on the field. We felt that our defensive line did a wonderful job this year protecting our linebackers, while our secondary did a great job locking receivers down. This, in turn, allowed Johnny and Gavin to play freely and make many plays all season long.”

Frey was honored to be selected as one of the All-Region coaches.

“In terms of me being selected, I am honored to be noticed by our peers in the profession, but we would not have had this amazing year without our fantastic staff and our great young men on the field,” he said.

Rager rushed for a team-high 528 yards with seven touchdowns. He also caught 13 passes for 195 yards and a pair of scores. On defense, the senior had 18.5 tackles, including 5.5 for a loss and three pass breakups. Rager had four interceptions, two of which he returned for touchdowns for Buchanan. Both were team highs, as was his 211 yards in return yardage.

Fazi was a force on both sides of the football field for the Bucks as well.

On offense, he caught 23 passes for 411 yards and seven touchdowns. Fazi also had 117 yards in kickoff returns. On defense, he led the team with 71 tackles, including 17 for a loss, two sacks and three pass breakups. 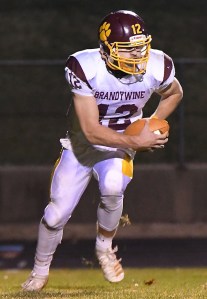 “Gabe will be missed,” said Brandywine coach Mike Nate. “Leadership-wise and experience, he was solid, and we couldn’t have done what we did without him. He has been a three-year starter on defense. He is very deserving of this.”