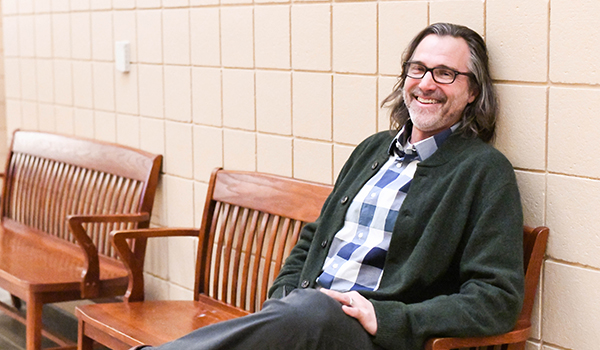 CASSOPOLIS — Thanks to a recently awarded grant, one area agency is taking steps to help keep current and former Cass County inmates from falling back into active addiction.

Woodlands Behavioral Health Network, an entity that provides services and treatments to those dealing with substance abuse, mental illness and developmental disabilities in Cass County, recently received a grant to provide additional services and supports to inmates suffering from addiction. The grant, administered by Southwest Michigan Behavioral Health, has allowed Woodlands to hire a case manager to serve inmates in the Cass County Jail. The two-year grant-funded position will continue through Sept. 30, 2022.

“When they are incarcerated, folks can meet with the case manager with the idea that when they get out of jail, they have a case manager to help them contact personnel and link with services,” said Bob Weber, director of substance abuse disorder services at Woodlands. “Often, what happens is that when people go into jail, they might think, ‘yeah, I do need help.’ But once they get back out in the community, they no longer follow through. They don’t show up at the doors they need to go for services. The idea is that this case manager will be a safety net that can link these with these folks and be the glue that can help get them to the treatment they need.”

As the grant comes from State Opioid Response funds, it was initially intended to serve inmates with opioid addictions. However, according to Weber, as methamphetamine use remains prevalent in Michigan, Woodlands will be able to use the grant to help those with stimulant addictions as well.

“The hope is that we can serve as many as we can,” Weber said. “The issue we’ve had, and it’s not unique to Cass County, but for people who are incarcerated, once they get back out into the community, back into their old haunts, seeing their old friends, they tend to not show up for services. … The case manager is there to be the bridge to get them access to community resources, such as Medicaid, housing and food. One of the biggest parts of this will be for the case manager to be the glue to treatment.”

Should the case manager program be successful, Weber expects to see a decrease in relapse and recidivism in Cass County.

“The idea is that if folks are engaged in treatment, and they are working on their sobriety, they probably won’t recidivate and end up back in jail,” he said. “There is a correlation between relapse and ending up back in the criminal justice system.”

Woodlands has currently hired a case manager for the position, and Weber said they should be up and helping inmates as early as next week.

“I think the community, as a whole, benefits when folks that struggle with substance abuse disorder are sober, as folks who are actively using substances are more likely to be involved in criminal activities, more likely to be involved in the criminal justice system. It affects their parenting and ability to work and stay employed, so there are many facets of using that adversely affects our community,” Weber said. “Conversely, when someone like this is in recovery and sober, the likelihood of them going back into jail is significantly lower. The likelihood of them being a better employee, son, parent, etc., also goes up with recovery. … We just want to help keep people from falling through the cracks.”

CASS COUNTY — A woman was found dead inside a vehicle in Cass County on Thanksgiving Day, according to the... read more