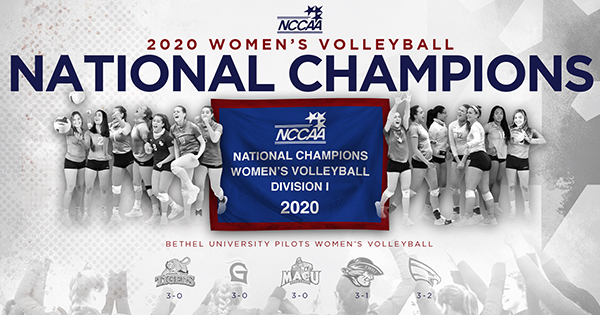 “[I am] incredibly proud of this awesome team,” said Bethel Coach Katie Weiss. “Thankful to God for all the ways he has sustained us, encouraged us and provided for us. I’m blessed to finish 2020 with a national title! Way to go Pilots.”

Isabelle North and Maddy Payne both finished with 20 kills and combined for 18 blocks. Madyson Beaver added seven kills, 28 assists and 13 digs, while Caroline Mullett had 25 assists and 12 digs.

North was named the tournament’s Most Valuable Player, while Beaver and Payne both made the all-tournament team. Weiss was named NCCAA National Coach of the Year.

One game does not make a career. But if there was one game that perfectly summed up a career, the... read more