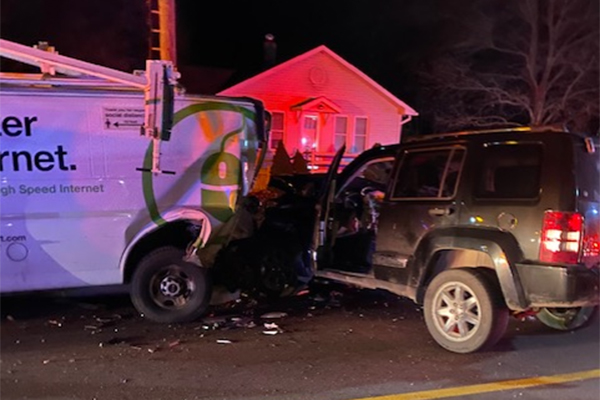 Driver sent to hospital after crashing into Comcast van

POKAGON TOWNSHIP — A Decatur woman was sent to the hospital after crashing her vehicle into a Comcast van in Pokagon Township Wednesday, according to the Cass County Sheriff’s Department.

Deputies were dispatched to M-51 near Pokagon Street in Pokagon Township at 6:07 p.m. after Hilary Schreuder, 32, of Decatur, crashed her vehicle into a parked Comcast van. This caused the van to crash into a second van.

Schreuder was transported from the scene to Borgess Lee Memorial Hospital for treatment of her injuries.

Nobody was inside the Comcast vehicle at the time of the crash, and the vehicle’s safety lights were activated.

Seat belts were worn and alcohol was not a factor in the crash.

Deputies were assisted on scene by Pride Care Ambulance and the Dowagiac Fire Department.

DOWAGIAC — A property proposal was the lead topic during the Dowagiac City Council meeting Monday at City Hall. The... read more