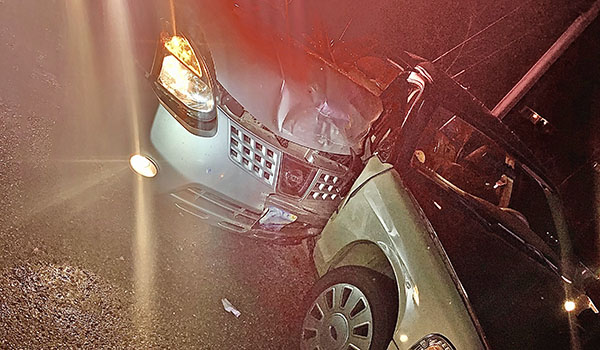 MASON TOWNSHIP — An Indiana woman sustained minor injuries in a Wednesday morning crash in Mason Township, according to the Cass County Sheriff’s Office.

Sheriff Richard Behnke reported that at approximately 4:19 a.m. Wednesday his office was called to investigate a personal injury crash near the intersection of Cassopolis Road and Starbrick Street in Mason Township.

Investigation shows that Avery Rickey, 26, of Elkhart, was attempting to do a U-turn on Cassopolis Road and got stuck on the roadway. Rickey was out of his vehicle trying to get his vehicle unstuck when a second vehicle heading north struck his parked vehicle.

The driver of the second vehicle was Shannon Pedrotti, 44 of Bristol, Indiana. Pedrotti had minor injuries and was transported by SEPSA EMS to Lakeland Niles for treatment.

Seatbelt was worn, and alcohol and drugs do not appear to be a factor, according to deputies. Assisting in this crash was Ontwa Township Police Department and SEPSA Fire and EMS.