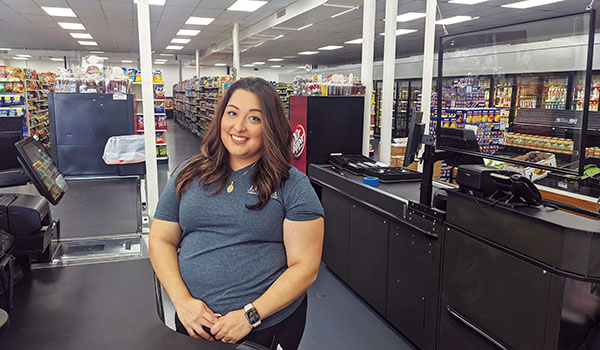 SISTER LAKES — There is a new store in town — one located in a familiar space for longtime Sister Lakes residents.

The building was the former home of Myers Super Valu, which closed in 2017 after owner Brad Myers sold the building to Octaviano Blanco, owner of Benton Harbor-based Mexican grocery chain La Perla Produce.

Blanco and his daughter, store director Lizaura Basave, have spent the bulk of the past two years remodeling the property to transform it into the chain’s third location.

“People are excited that we’re open,” Basave said. “They’re glad they don’t have to drive out to Benton Harbor, Dowagiac or Niles. It’s been good, pretty steady considering it’s a soft open.”

The store offers patrons produce, dairy, meat, frozen foods and grocery items, some of which are hard to come by. Hot food, beer, cigarettes and lottery tickets will be available in about a month, when the store is set to officially open.

“Those are some of the reasons we haven’t had a grand opening, yet,” Basave said. “We don’t want people to come in here when we don’t have everything ready for customers.”

“The lack of personnel was a roadblock,” she said. “We’re so busy with the other two stores. Every time we’d get to spring, we’d decide to leave it alone and pay attention to our other two locations generating revenue.”

“No one wanted to work,” Basave said. “People were scared of contracting the virus, and others were content with their unemployment payments. Finding willing workers has been hard. That’s why we’re working pretty much full-time right now.”

Stocking shelves has been difficult during the pandemic.

“I’ve made three or four orders already, and I’m only getting half of it,” Basave said. “I recently ordered 269 cases of product and received less than 100. Warehouses are empty and shipments are coming in late because of COVID.”

The coronavirus may have complicated things, but La Perla’s soft opening has given Basave and her team the time to figure out how to best run the grocery store and make any necessary changes.

When La Perla does have its grand opening, Basave said her father will be overjoyed.

“He’s so happy that we’re open,” she said. “He’s so used to our other stores being really busy. When he comes in here, he sees that it’s not as busy as our other ones. I told him it’s going to take time. If we had our hot food, beer, our grand opening and we’re still not busy, then I’d be worried.”

DOWAGIAC — A local organization is making sure a veterans’ hospital has the supplies it needs to serve its patients.... read more