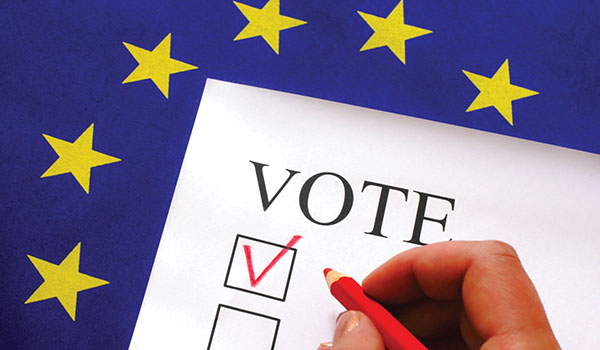 “There were lines, and it is quite exciting,” Casperson said. “We put a lot of work into every election that we do. It’s rewarding to see that people are out there and making our work worthwhile.”

Casperson has been doing election work for at least 30 years.

“This was by far one of the busiest elections I have ever done,” she said.

Both absentee ballots and day-of voting turnouts were impressive in the city of Niles, Casperson said.

With COVID-19 precautions keeping Niles City Hall closed to the public, curbside and drive-thru options were permitted for early, absentee voters needing to register to vote or cast their ballots.

“I think the curbside did serve the people of the community,” Casperson said. “They didn’t have to wait for very long. I think it went very well. It’s a lot of hard work, but it’s very rewarding to see that people came out.”

Casperson said the people who worked the election were “amazing.”

“I certainly couldn’t have done it without them. They stepped up to the plate,” she said. “They were on the front line, and I give them all the credit.”

Niles Charter Township Clerk Terry Eull took the day off, after reportedly being in the office into the early hours of the morning after the polls closed.

On Tuesday, he said there had been lines in the morning, and expected a rush after work as well.

Cass County voters elect two newcomers to board of commissioners

CASS COUNTY — After a long night of ballot counting, Cass County has reported 100 percent of its precincts. In... read more