NILES — The campaign for Michigan’s State Representative for the 78th District has ended with incumbent Brad Paquette keeping his seat. 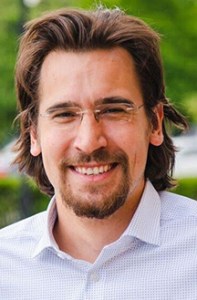 According to ElectionReporting.com, with 97.58 precincts reporting, Paquette secured 21,542 votes to VandenHeede’s 13,328.

“I told myself all along that whatever happened, I would wake up on Nov. 4 knowing I did everything I could, and I have. So many of you have given your all as well. Thank you to everyone for the incredible support through all of this,” the post said. “I have congratulated Representative Paquette and wished him well as he continues to represent us.”

“It is the highest honor of my life to serve the 78th District for another two years. The optimism I have for the future is at an all-time high. There is immense momentum here in Berrien and Cass County that I believe has the best potential in the state. We need to capitalize on it,” he wrote. “I will continue being a solid conservative legislator at the capitol with a consistent drive to find common ground with my colleagues across the aisle.”

CASSOPOLIS — When the Cassopolis Village Council hosts its next meeting on Nov. 10, it will have a new look... read more