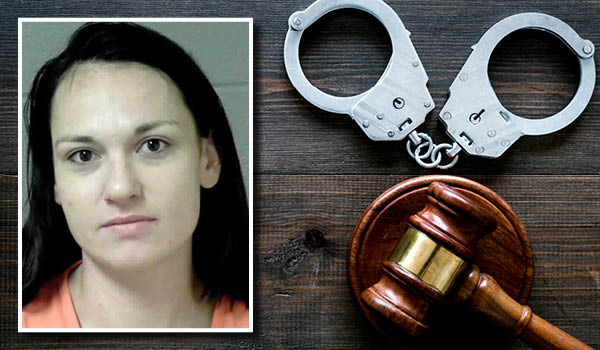 CASSOPOLIS — The woman who was an accessory after the fact in last year’s bomb threat into the Cass County Law & Courts Building has been sentenced to prison.

Cassandra Lynn Jackson, 27, of School Street in Dowagiac, was sentenced Friday in Cass County Circuit Court in three different cases including the one involving the bomb threat as well as two cases involving drugs.

The accessory after the fact incident occurred June, 21, 2019, when she assisted Patrick McMeeken to hide evidence of the bomb threat. He was sentenced in June to six to 20 years in prison for making a false report or threat of terrorism and using a computer to commit a crime.

“Obviously she’s been engaged in criminal activity since she was a juvenile,” Assistant Prosecutor Thomas Hubbert said. “Her association with Mr. McMeeken made it worse. It’s an unfortunate situation she has put herself in.”

“She needs to figure out how to change just about everything in her lifestyle,” he said. “Coming back to Cass County would be convenient and comfortable for her but it would put herself back into the same situation.”

Jackson herself asked for a chance to get treatment for her drug addiction. In addition to the charges she was sentenced on Friday, she also faces warrants from Tennessee including one for absconding.

“I can’t say I disagree. You need help,” Cass County Circuit Judge Mark Herman said. “Unfortunately, my hands are tied with the additional warrants from Tennessee.”

Judge Herman noted that Jackson shut down McMeeken’s computer when he called her from jail after the June 2019 bomb threat. In the other cases, he noted that she was found with drugs when stopped by police.

“It’s apparent to the court that community supervision is not a viable option,” he said. “I see nothing to mitigate a prison term.”

A Dowagiac man who assaulted a woman twice this year was sentenced Friday in Cass County Circuit Court to a year in jail.

James Michael Wright, 38, of Lakeshore Drive in Dowagiac, pleaded guilty to two counts of domestic violence as a habitual offender and was sentenced to five years’ probation, 365 days in jail with credit for 87 days already served and fines and costs of $4,046.

The incidents occurred Feb. 14 and Aug. 6 at a home in Silver Creek Township.

“You’re 48 years old, you’re old enough to know that assaulting a woman is not the way to solve differences,” Judge Herman said. “Next time you come back, you will go to prison.”