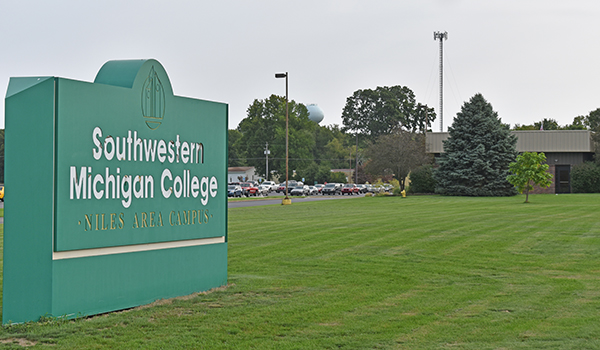 “Prerequisites are purposely tightly aligned with nursing prerequisites,” Kennedy said. “Keeping prerequisites in line with one another gives students several health care options they can aim for without having to backtrack if they change their mind.”

“We think the real value is to attract a different group of students because we’ve only had nursing, medical assisting and HIT (health information technology),” Vice President of Instruction Dr. David Fleming said.

Fleming, a peer reviewer since 2018, updated the board on the progress of SMC’s reaffirmation of its Higher Learning Commission accreditation. “There are three steps to go — a federal compliance document, the assurance argument on which I’ve been working for three months to provide evidence we meet each of HLC’s five criteria (by March 22) and a site visit April 18-21.”

Another segment of the planning meeting focused on improving college district educational attainment. It is anticipated that 70 percent of all jobs will require post-secondary attainment by 2030. Michigan’s average is 45 percent, Cass County’s just 33 percent. After five years, median wages with a high school diploma pay $23,300, compared to $38,900 with a certificate, $39,600 with an associate degree and $51,200 with a bachelor’s degree. “We need to really show educational value to parents, students and workers for potential earnings with a credential,” Chief of Staff Brent Brewer said.

The board also reviewed college enrollment figures, which took a hit from the March coronavirus pandemic, and approved the college’s strategic plan to boost enrollment to 2,021 students by next fall and 2,500 by 2025.

Recruitment planning has pivoted from classroom presentations, college fairs, on-campus events and visits from high schools to a full schedule of digital efforts, including a March 2021 Career and Program Showcase. Evening programs in nursing, emergency medical technician, nursing assistant (CNA), health information technology, welding and robotics have been added for adult learners, and a virtual tour for the new web site should be ready by Dec. 1.

“I didn’t know what to expect, but I was blown away by how beautiful the campus, facilities and cross-country course are,” Silenieks said.

David Lawhorn phoned in during the public comment portion of the agenda to praise the board for rejoining the National Junior College Athletic Association, which the league officially approved on Oct. 22, for the Roadrunners to run again next fall.

Lawhorn attended SMC from Louisville, Ky., for his associate degree in 1987-88.

“I was a first-generation college student. SMC served me well,” Lawhorn said. “It was a springboard to my higher education career. I was able to compete under Coach Gunn for two great years. I appreciate the Board of Trustees’ foresight in reinstating a program with such a rich tradition. I have been in active discussions with eight to 10 alumni from across the country, preparing to be financially supportive of the Recruiting Gallery. I have teammates in Massachusetts, a Houston CEO and an executive at a company in Spain.”

“Today we have student residential living, the Carole A. Tate Teaching and Learning Center, the Student Activity Center and the trail system on our 240-acre campus,” Chairman Thomas F. Jerdon said. “Cross country is a very affordable sport to fund. These athletes are very successful people in life. This is a way to reconnect our alumni coast to coast.”

“It is a clean, unmodified opinion letter, which is the highest level of assurance we can give you,” Plante Moran partner Vicki VanDenBerg said.

CASSOPOLIS — The Cass County Council on Aging came up with an interactive way to celebrate Veterans Day this year.... read more