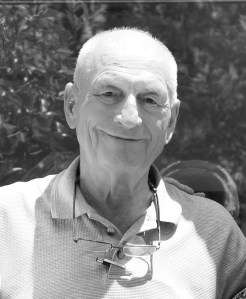 Richard was born March 7, 1928, in Dayton, Michigan, to Edward F. and Clara V. (Gowland) Slocum. He graduated from Buchanan High School, in Buchanan, in 1946, and then went on to complete a foundry molder apprenticeship at Clark Equipment in 1949. Richard served in the U.S. Army during the Korean War from 1950 to 1952.

Richard went on to graduate from Michigan College of Mining and Technology (Michigan Tech University) in 1958, where he was an active member of the Tau Beta Pi, Alpha Sigma Mu and the American Foundry Society. Richard retired after 30 years of working as a foundry technical manager at Wheelabrator Corporation in 1989, but continued to serve as a technical consultant until 2000.  He was an avid outdoorsman, passionate about hunting, fishing, canoeing and gardening.

Richard is survived by his beloved wife, Carol, of Walterboro; his loving children, Marcia (Jon) Harroff, of Bluffton, and Jeffrey (Christie) Slocum, of Walterboro; seven grandchildren, Lindsay, Jacob, Christopher, Alaina, Jordan, Kennedy and Sawyer; and two great-grandchildren, Dustin and Rylee; along with two brothers, Clifford and Gerald Slocum, of Michigan.

A celebration of life service will be during the Thanksgiving holiday at Bethel United Methodist Church in Walterboro, South Carolina.  Further date and time to come.