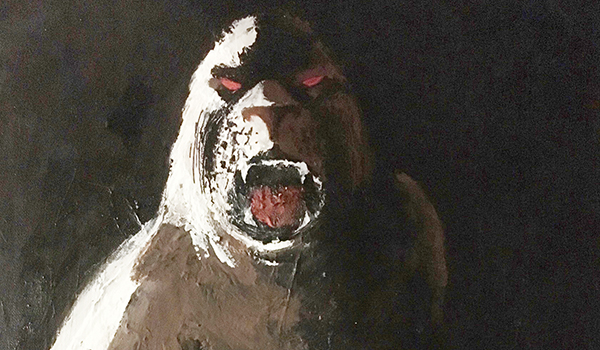 DOWAGIAC — The truth is out there, and the Lost Cryptids Conservatory aims to uncover it.

Founded in 2011, the LCC is a multi-disciplinary group that dedicates itself to “the research and discovery of unknown cryptids and mysteries.”

Cryptids are animals, such as the Loch Ness Monster or Bigfoot, that have been claimed, but never proven to exist.

The Dewey Lake Monster is a legendary Sasquatch-like creature first reported in the mid 1960s after sightings near Dewey Lake in Dowagiac. The creature is described as “a hairy animal approximately 9 feet tall, with glowing eyes.”

“The Dewey Lake Monster has a rich history of sightings all the way back to the ‘60s,” said LCC member David Dominic. “We’re interested in getting information on sightings that have not been reported before. We would be greatly interested in investigating recent reports citizens might have.”

Dominic said the group will be conducting investigations on the evenings of that weekend. The group hopes that the conference will offer attendees a safe space to come forward with any recent sightings they may have.

The conference is not the only function taking place this month where the Dewey Lake Monster will be the center of discussion.

Southwestern Michigan College recently announced its first-ever radio show, “Terror on Dewey Lake,” as its fall production. Featuring an original script from SMC Student Activity Center assistant manager Brandon Pompey, “Terror on Dewey Lake” will be a horror/satire radio show centered around the local legend of the Dewey Lake monster. Rehearsals have begun and the performance is scheduled to be released virtually on Oct. 30.

Dominic hopes the conference will help community members get one step closer to uncovering the mystery of the fabled monster.

“People see things that they can’t explain, that are not rational to them,” Dominic said. “Things out there exist that people don’t know about. People want to know the truth.”