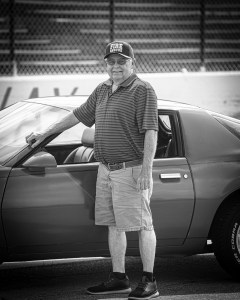 Tim served with the Dowagiac Fire Department for more than 15 years and was on the board and involved with several committees. He was instrumental in the fundraising and acquisition of the department’s very first Jaws of Life and served as the lead trainer for the use of the life-saving machine. During his time of service, he was awarded Fireman of the Year in 1984 and always enjoyed assisting with the setting off of fireworks on July 4, even though he couldn’t hear for a few days afterwards. Tim was also an EMT with the Dowagiac Ambulance Service, and was on the committee to choose their first Ambulance.

In the 1980s, Tim volunteered for and was the primary coordinator of the Muscular Dystrophy Association’s Telethon in Dowagiac. He also helped coordinate the MDA’s “Fill the Boot” drive for close to a decade.

Tim was a Journeyman Inside Wireman and was a proud member of the IBEW Local 153 for nearly 40 years. During his many years of active membership, he gained several “brothers,” many of whom he kept in contact with throughout his life. Tim was proud to be an early member and administrator of an over 3000-member internet bulletin board dedicated to Friends and Family of Union electricians around the world.

Tim was involved in many car groups and enjoyed spending time at several weekly car shows. He loved to show off his 1984 Camaro that was a gift from his grandson, Bailey, and that they lovingly restored and nick-named, “Linda,” after Tim’s wife.

Tim loved his Chicago Cubs and proudly flew the “W” flag both on his flagpole and on social media, after every win. When the Cubs won the World Series in 2016, Tim and his family finally broke open a bottle of champagne that Tim bought when the Cubs made the Playoffs back in 1989, and even (attempted to) drink it.

Tim also enjoyed his many volunteer hours at Eden Springs Park in Benton Harbor. Among other things, he was instrumental in the restoration of the train and train station and after hours of research and searching, he discovered the original Home Plate at the historic House of David baseball park.

Underneath what may have sometimes been a bit of a gruff exterior, Tim was a kind-hearted, generous, caring and empathetic man, who deeply loved his wife, family and friends and very much enjoyed the love he received in return.

Tim was preceded in death by his wife and the love of his life, Linda (Rusek) Stoops; and his siblings, Danny Stoops and Connie (Stoops) Franz.

Due to concerns for the health of all their friends and family during these challenging times, the family will be holding an informal visitation from 1 to 3 p.m. on Saturday, Oct. 3, 2020, from at the outside pavillion at Pepper Martin Memorial Park at 2401 Lone Elm Dr., Niles. All are welcome. The family requests mask use and respect of social distancing protocols.

In lieu of flowers, the family asks friends to either share a memory on Tim’s Facebook page or send a card with a note of their favorite memory they have with Tim to: Tiffany Gleason, 894 Oneal Lane, Henderson, TN 38340. She will create a Life Tribute book for family to keep for future generations.

Levie Williams, 84, of Dowagiac, passed away Friday, Oct. 2, 2020, in his home. Arrangements are pending and entrusted to... read more