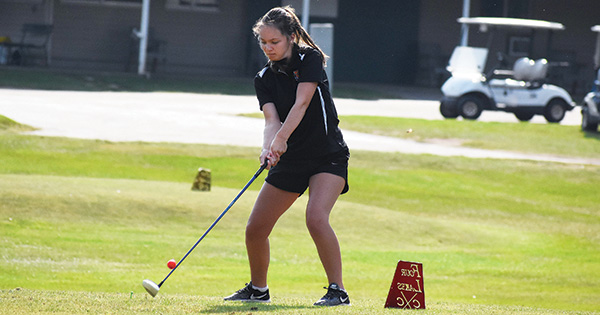 EDWARDBURG — The Edwardsburg golf team has hovered around a team score of 215 much of the 2020 season.

That score was good enough on Monday for the Eddies to win the Wolverine Conference Jamboree it hosted at Four Lakes Country Club.

Paw Paw finished second with a 219, while Dowagiac was third with a 232.

“We have been around 215 all year,” said Edwardsburg coach Stephen Wright. “Our team is young, but we are getting better every day. Channing Green and Chloe Baker have been very consistent all year, shooting in the high 40s and low 50s. For us to compete at the Wolverine Conference championship and regionals, we need our No. 3, 4 and 5 players to play well and shoot rounds that they are certainly capable of, probably around 110 for 18.”

Wright said a top five finish in the league tournament is achievable for the Eddies.

“Our total score dropped again, and we still haven’t had four scores where everyone shot their best,” said Dowagiac coach Bob Turner. “I know it doesn’t happen very often, but it gives something to shoot for.”

Dowagiac and Edwardsburg will head to Richland on Thursday to compete in the Wolverine Conference Tournament at Stonehedge North. Play is set to begin at 10 a.m.