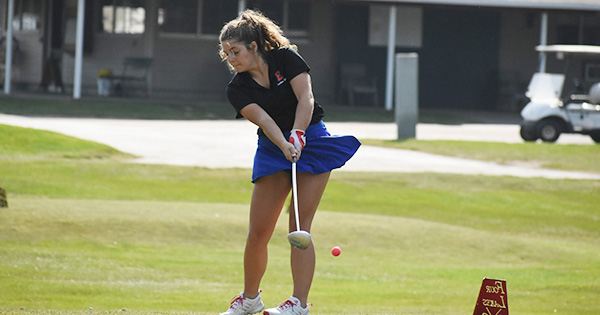 EDWARDSBURG — Host Edwardsburg and Dowagiac got in a non-conference golf match at Four Lakes Country Club before the Eddies host a Wolverine Conference Jamboree on Monday that will also include Paw Paw.

Led by medalist Channing Green’s 49, the Eddies defeated the Chieftains 213-238.

Edwardsburg also got a 51 from Autumn Sawyer, a 53 from Chloe Baker, a 57 from Chelsea Zeismer, a 58 from Libby Hunsberger and a 60 from Shelby Hardin.

“That is the same score we shot at Indian Lake,” said Dowagiac coach Bob Turner. “This is the first time we had all scores under 70 this year, so we are improving.”

The jamboree is scheduled to begin at 4:30 p.m. on Monday.

DOWAGIAC — It was a battle until the end between visiting Plainwell and Dowagiac in its Wolverine Conference match Thursday... read more