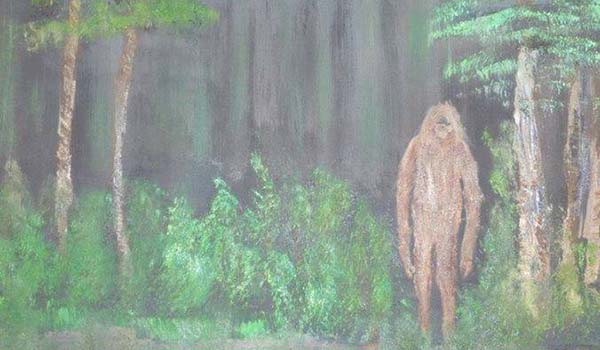 DOWAGIAC — The legend of the Dewey Lake monster will soon be taking “center mic” at Southwestern Michigan College this fall.

The Dewey Lake Monster is a legendary Sasquatch-like creature first reported in the mid 1960s after sightings near Dewey Lake in Dowagiac.

Auditions for the radio show are being hosted from 4 to 5 p.m. Tuesday and Wednesday at the theater in the Dale Lyons building. Once actors are chosen, rehearsals are expected to begin Sept. 28. The show will center around a group of students unraveling the mystery of the disappearance of a local town hero, with the Dewey Lake monster as the prime suspect.

The performance will be released virtually on Oct. 30.

Marcus Roll, manager of theater operations and applied performing arts at SMC, was tasked with both finding a way to keep his performing arts students active during the ongoing COVID-19 pandemic as well as creatively engaging the general public.

According to Roll, the school’s spring production of “Grease” was canceled last year, and an in-person fall production this year was not realistic.

That’s when Roll was approached by Pompey with a script for a radio show centered on the Dewey Lake Monster.

“Brandon and I have been looking for a way to collaborate, so this has been perfect,” Roll said. “He writes an original script, and I get to produce and edit, so we’re playing to both of our strengths.”

Pompey and Roll plan to incorporate musical numbers in the place of the classic radio advertisement jingles. The radio show will allow performers to showcase their voice acting skills, Roll said.

“It lets theater students explore potential strengths,” Roll said. “Voice acting is something that is in high demand, and it showcases what their voice can do.”

Roll said the radio show will keep both performers and spectators safe from the large casts and crowds and that typically accompany theater productions. Recordings rehearsals can be done via Zoom.

“With a radio show, it’s all dialogue,” Roll said. “With a play, we would have to rehearse in person, which calls for a lot of movement on the stage. We would be rehearsing with props, too. With the radio show, if we need to rehearse in person, we can safely do that in the theater by spreading out. We don’t have to move. The voice actors will be able to look at the script the entire time, instead of memorizing lines like you would in a play.”

According to Roll, the radio show will require a shorter production process but will also add the element of audio editing to the production.

Roll looks forward to production and hopes the community will appreciate SMC’s take on the local myth.

“I think the story is going to be really fun for a lot of people,” Roll said. “It’s sort of like ‘Twilight Zone’ meets ‘Scooby Doo’ meets Mel Brooks. I hope it’s intriguing to people since it’s based on a local legend. Hopefully, people will feel like it’s written about their home.”

LANSING — Cleaning, sanitizing and disinfecting have become part of the fabric of Michigander’s daily lives as part of the... read more