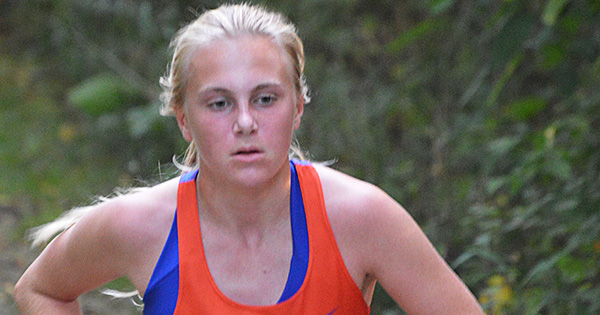 Edwardsburg improving with each race

THREE RIVERS — Veteran Edwardsburg cross country coach Beth Gunn-Peters was impressed with her squad, despite being swept by host Three Rivers in a Wolverine Conference dual meet on Tuesday.

Due to COVID-19, the Eddies have not had a lot of head-to-head competition.

“Many of our meets have been canceled, and last night was only our second meet of the season,” she said. “The team ran last week at Vicksburg on a very flat course. Many of the student-athletes tied or improved their time from last week, which is positive because the Three Rivers course is much tougher than Vicksburg and has some really big hills.”

Tyler Norton, of Three Rivers, was the overall winner in the boys race with a time of 18:40. The Wildcats swept the top five spots to earn the win.

Will Lehman finished sixth with a time of 20:06 to lead Edwardsburg.

Anezka Pradna ran a 22:55 to win the girls race for Three Rivers.

Macy Andress was the runner-up with a time of 23:36 to pace the Eddies.

“Both the boys and girls teams are relatively young and inexperienced, so hopefully they will continue to improve each week as the season progresses,” Gunn-Peters said. “Having more meets would definitely help, but we have to make the best out of the current situation, and I am grateful that we are running and competing.”

Gunn-Peters said there have been no real surprises this season.

“Will Leman, a sophomore, has really stepped up to lead the boys team, and freshman Macy Andress is doing a great job for girls team, followed closely behind by sophomore Abby Hess, who is in her first season of cross country,” she said. “Both girls are very talented, and I think Macy and Abby will be battling it out for that number one spot the rest of the season.”

SOUTHWEST MICHIGAN — Another Berrien County resident died as a result of COVID-19, the Michigan Department of Health and Human... read more