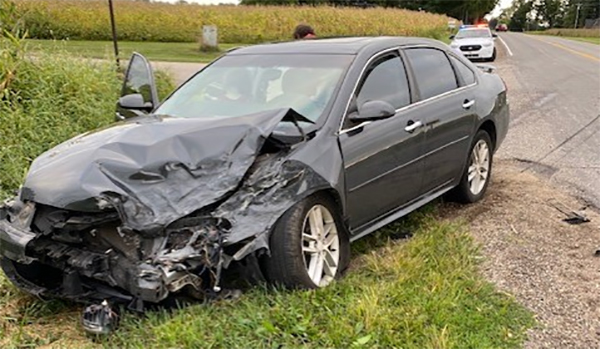 PENN TOWNSHIP — Two individuals were injured in a Penn Township crash Sunday, according to the Cass County Sheriff’s Office.

According to police, a vehicle driven by Richard Partridge, 27, of Cassopolis, attempted to turn south on Decatur Road from Quaker Street and failed to yield right of way to a northbound vehicle being driven by Harold Laird, 69, of Kalamazoo.

Partridge was not injured in the crash. Laird and his passenger, Alexandria Lynch, 19, of Midland, sustained minor injuries. They were transported by ambulance to South Bend Memorial Hospital for treatment of their injuries.

All persons involved in the crash were wearing seat belts, and alcohol was not a factor, according to police.

Assisting on scene were the Cass County Road Commission and PrideCare Ambulance. The crash remains under investigation.

NILES — Saturday, under an overcast sky, between 25 and 35 Niles residents gathered in the green space on the... read more