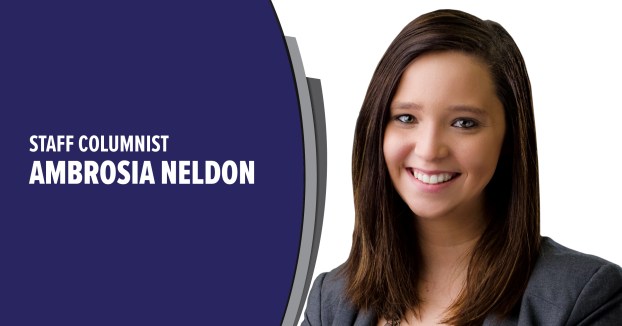 NELDON: Fair coverage will be key to competitive election

As the November election approaches, there is no shortage of political banter on either side of the party line. News stations, commercial breaks, billboards and social media feeds are filled with talk of candidates vying for seats at the state and federal level, so much so that I know many of us our counting down the days until election day is over.

I’ll be honest — no matter the election year, I am usually disappointed in the civic engagement in our region. Less than a third of registered voters — and a tiny fraction of our total population — tend to turn out for non-presidential elections, and even when we are selecting our country’s new leader, voter turnout is still not what it should be.

This year, southwest Michigan has flipped the script, not only by doubling — and in some cases tripling — voter turnout during primary elections, but by stepping up to the plate themselves.

On the November ballot, voters will have big decisions to make at the top of the ranks, but at the local level, they will have many candidates to choose from.

I could not be prouder of the dozens of individuals who have stepped up to serve, and I cannot wait to see how it all shakes out.

As we move into the next leg of the election, I want to once again remind candidates and voters alike of Leader Publications’ election policy. We implemented these rules several years ago as a way to ensure a fair and balanced election.

• No candidate running for office will be allowed to write guest columns or letter to the editor after the filing deadline. This includes incumbents who are regular contributors to the newspaper.

• Letters from supporters or endorsing a candidate must be received at least three weeks prior to an election (Oct. 20) and we will cease publishing them at least one week prior (Oct. 27).

• Submissions that are easily proven to be form letters instead of the author’s own words will not be printed. Leader Publications reserves the right to reject any letter that does not meet standard guidelines for submissions.

• All political ads must be approved by general manager Ambrosia Neldon and may require substantiation of claims. All ads that challenge or target an opponent will be cut off at least one week prior (Oct. 27) to the election after a targeted candidate has the chance to respond if they so choose.

• Leader Publications’ news coverage will be consistent. We will do a race preview prior to the election and provide news coverage of the results. Campaign stops, public events and candidate forums will be evaluated on their news impact to the public. The newspaper will not cover private or party fundraisers.

In the coming days, candidates in contested elections will receive packets in the mail containing this policy, as well as a questionnaire. We ask all candidates to fill out the questionnaire and return it to our news team. Their answers will be included in a Voters’ Guide, set to publish two weeks before the election.

Again, thank you to all the candidates who have thrown their hats into the ring. We encourage supporters to participate in the conversation, and look forward to sharing your message in the coming weeks.

LETTER TO THE EDITOR: Thank you to all who contributed to tractor pull Saturday

Maxine Ownby, president of the Cass County Cancer Service, wants to personally thank all the people who helped with the... read more