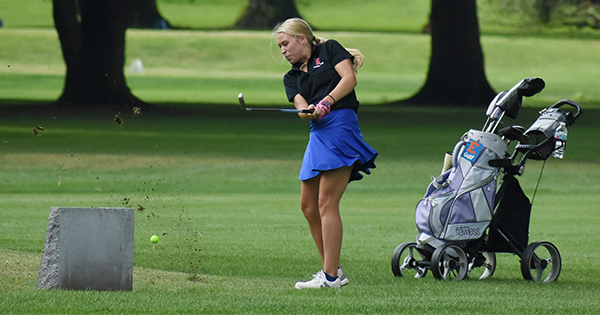 EDWARDSBURG — Host Edwardsburg was able to make up its postponed golf match with Lakeshore at Four Lakes Country Club, as well as take on Niles for the third time this season on Wednesday.

Led by medalist Channing Green’s 46, the Eddies posted a team score of 205 to beat both the Lancers and the Vikings, who shot 219 and 223, respectively.

“Girls continue to improve every day,” said Edwardsburg coach Stephen Wright. “I’m very happy with the work ethic at practice. We are still a young team, but I think we have a bright future.”

Besides Green, Edwardsburg also got a 47 from Chloe Baker.

Niles was led by Maddie Fuller’s 54. Baylee Davis finished with a 55.

The Eddies returned to the course on Thursday as it traveled to Three Rivers for its Wolverine Conference opener against Otsego and host Three Rivers.

Niles will travel to Vicksburg for its next KVA Jamboree, which is being hosted by Schoolcraft at State Golf Course.