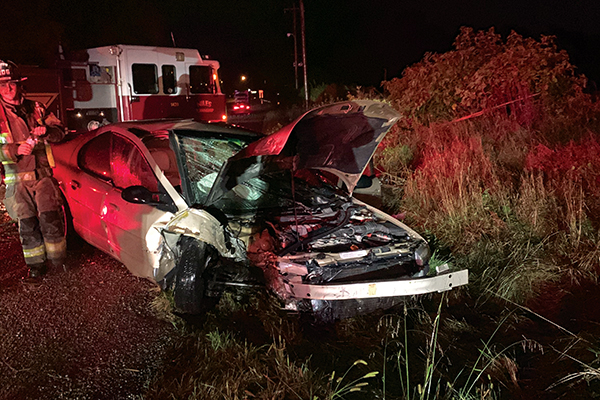 MILTON TONSHIP — Two Niles residents were injured in a crash Tuesday morning when a Niles man reportedly experienced a medical issue, according to the Cass County Sheriff’s Department.

Deputies were dispatched to the scene of the crash on U.S. 12 near Worrell Street in Milton Township at approximately 6:15 a.m. when the driver, Eric Sienicki, 37, of Niles, reportedly experienced a medical issue and drove into a utility pole.

Sienicki and his passenger, Stacy Champagne, 41, of Niles, were transported from the scene to South Bend Memorial for treatment of their injuries.

Seatbelts were worn and alcohol was not a factor in the crash.