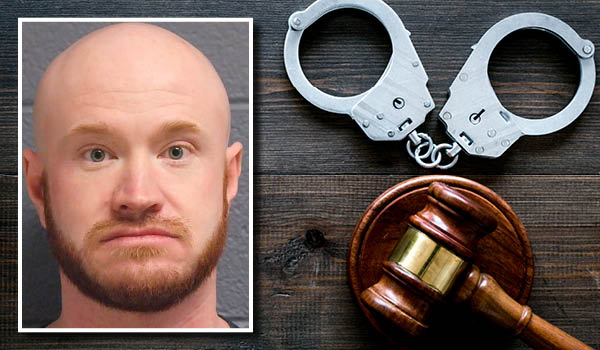 Jones man headed back to prison on drug charges

CASSOPOLIS – A Jones man is going back to prison on seven felony charges related to drugs and stealing a flatbed truck from a campground.

David Jerry Shepard, 36, of Bair Lake Road in Jones, pleaded guilty to seven counts as a habitual offender and was sentenced to concurrent terms of three years to 30 years in prison. He must pay $2,456 in fines and costs. He has no credit for time served as he is on parole.

The seven concurrent prison terms are consecutive to whatever prison term he gets for violating 2010 home invasion, drug and other sentences.

The current incident occurred May 5 when the Cass County Sheriff’s Office received a report that a flatbed truck had been stolen from a Jones campground. Police found the trucks back at the campground the next day and found Shepard with drugs, paraphernalia and guns.

“His attorney got him a good deal,” said Cass County Prosecutor Victor Fitz. “This is his fifth meth case, and he has a total of 18 felonies and five misdemeanors before this. The bottom line is it’s up to him whether he stays out of trouble. He needs to get hold of his meth problem or be back before the court.”

“Three years in prison is nothing to sneeze at,” said defense attorney Greg Feldman. “I’m proud of him for his letter to the court. He apologized for his actions, and he wants to be a better person. Prison won’t give him the best tools. It’s up to him to get treatment when he gets out. He needs to get to meetings and get counseling. That’s the structure he needs to kick his meth habit.”

“If not for the agreement you would be going to prison for a longer period of time,” Herman said. “You say the right things, but you need to stay away from drugs. If you do it once, you’ll be back into it.”

In another case, a Dowagiac man was sentenced to concurrent terms in jail on three cases.

Joshawa Carpenter, 35, of Dewey Lake Road in Dowagiac, pleaded guilty to possession of methamphetamines, attempted resisting and obstructing police and third-degree home invasion and was sentenced to concurrent terms of 300 days in jail. He has credit for 80 days already served and must pay $2,371 in fines and costs.

The incidents occurred between April and June at locations on Anderson Road and Dewey Lake Road in Dowagiac. In one case, he became violent and was transported to a hospital. In another, he went to a home and demanded to see his children. In the third case, he broke into a home and was using drugs.

“He has some psychological issues and meth doesn’t help that,” Fitz said. “What he needs to do is to get his medications squared away and obey the rules. He needs to understand that there are times when he doesn’t have the right to see his kids. The bottom line is that he needs to do these things and it will be a better life for him.”

A South Bend man was given credit for time served for a weapons charge.

Justin Michael Austin, 27, of South Bend, pleaded guilty to attempted possession of a dangerous weapon and was sentenced to credit for 50 days in jail already served and $1,548 in fines and costs. His weapons were forfeited.

The incident occurred Sept. 1, 2019, when he was stopped for speeding on Redfield Road near Edwardsburg and a knife and brass knuckles were found. He is currently on probation in St. Joseph County, Indiana for possession of methamphetamines.

A Niles man was sentenced to jail for violating his probation from a 2018 conviction for possession of stolen property.

Jason Carl Sandeen, 33, of Huntly Road in Niles, pleaded guilty to violating his probation from June 2018 possession of stolen property conviction and was sentenced to 365 days in jail with credit for 289 days already served. His probation was revoked.

Sandeen is currently at the Twin County Probation Center and argued unsuccessfully to be allowed to stay there. Judge Herman agreed with the sentencing recommendation and sentenced him to jail instead of continuing his probation.

The judge noted that if Sandeen continued on probation and violated again, he could end up going to prison.

“You do have the tools, you know what to do,” Herman said. “It’s a matter of making the right decisions. You may not feel this is in your benefit but you will be out in a short time and be able to address your issues.”

CASSOPOLIS — Budgeting was on the brain Thursday evening in Cass County. During the Cass County Board of Commissioners meeting,... read more