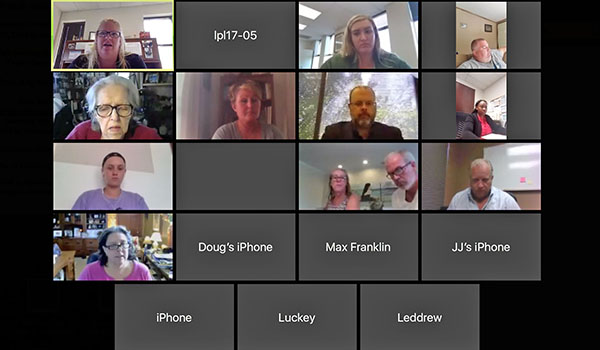 CASSOPOLIS — This week, the village of Cassopolis took the next step to allowing marijuana businesses to open and operate within village limits.

Applications opened Tuesday for businesses to apply for preliminary licenses to operate marijuana facilities within village limits. Applications will remain open on a rolling basis until all licenses are filled, which will occur on a first-come, first-served basis. As of Friday morning, five businesses had applied for marijuana licenses, according to Village Manager Emilie Sarratore. The village is expected to announce the first grantees of preliminary licenses on Sept. 15.

Prior to applications opening up, the planning commission met Monday evening to discuss parcels seeking special use permits to become marijuana facilities. Properties at 980 E. State St. and 117 S. Broadway St. were approved for special use permits, meaning the owners of those parcels, which were previously not properly zoned for marijuana, could apply for licenses. A parcel at 142 S. Broadway was not approved due to concerns over a lack of parking and spacing issues.

At that meeting, several residents spoke or wrote letters to the planning commission and village manager. Comments showed strong feelings both against and for marijuana within the village of Cassopolis.

Those against marijuana said they believed cannabis facilities would negatively impact the village and public safety, and lead to drug abuse among residents, particularly teens.

“Teens who smoke marijuana are at a higher risk of developing an addiction later in life. These ideas agree with information from the Mayo Clinic, which says cannabis often proceeds or is used along with other substances, such as alcohol or illegal drugs,” resident Jim Braden wrote in a letter to the planning commission. “If you approve these permits, you are as guilty as the drug lords that will enslave another generation.”

Those for marijuana cited the potential economic benefits and tourism marijuana facilities could bring to the village.

“I truly believe this will be a great opportunity for the village,” wrote resident Chelsea Murray. “The tax revenue it would bring would help our community tremendously. It would bring people from out of town and draw them into more of the local shops. I think it’s truly a wonderful idea to bring this change to our community, and it would also make it easier for our veterans and medically frail to access a better medication for themselves.”

Sarratore said she understands there are strong opinions on both sides of the marijuana issue, but that the decision by the village council to allow marijuana licenses was made months ago, and she believes both the village council and the planning commission did their due diligence in considering what to approve and listened to residents throughout the process.

“I think they did their job and took into consideration all the comments and concerns by the community,” Sarratore said.

Even after marijuana businesses are approved for preliminary licenses, many steps need to take place before a marijuana facility can open in the village. The companies must also receive state approval and meet all requirements of the village’s ordinance. Sarratore said she expects next spring to be the soonest residents could see a marijuana facility open within village limits.

“There are a lot of steps to these before we know who will be here,” she said. “Even preliminary approval doesn’t guarantee anything. … There is still a lot of work to be done.”

BERRIEN COUNTY — Since the beginning of the COVID-19 pandemic, health officials have warned residents to take extra precautions for... read more