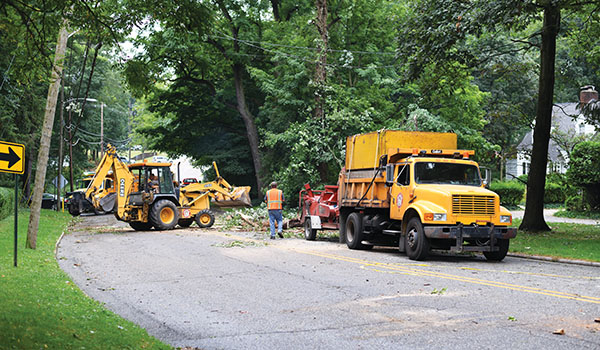 City officials announced roperty owners should plan to have all their storm damaged vegetation curbside by early Friday morning.  Depending on how much time is necessary to clear public areas, crews may begin collecting storm debris along the curb as soon as Friday morning, but no later than early Monday morning.

The city is planning a single pass through the entire city this Friday.

“Collecting this storm debris is a very time consuming and costly process and we want to be as efficient as possible for our citizens,” City Administrator Ric Huff wrote in a press releasee. “We are asking everyone to please make plans to get your debris curbside as soon as possible so everyone can be prepared for collection once it begins Friday morning. Remember, we are only making one pass through the city, if you miss it, you will need to remove all debris from the boulevard and dispose of it yourself.”

DOWAGIAC — Dan Bement loves the city of Dowagiac. A Dowagiac native, Bement remembers the city as it was in... read more