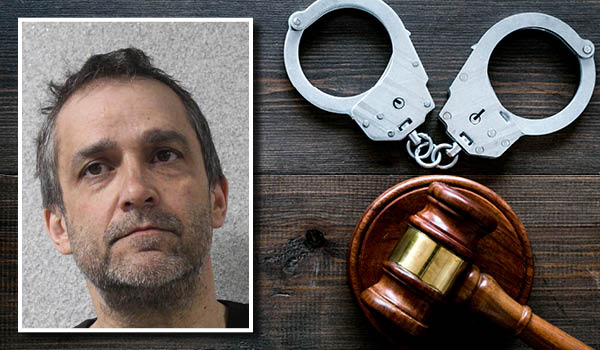 NILES – The case against the man accused of giving drugs to an underage girl and allowing aggravated child sexually abusive activity is moving forward.

Berrien County Trial Judge Sterling Schrock ruled Tuesday that there was enough evidence against Michael Heskett to bind him over for trial early next year.

Judge Schrock’s ruling came at the close of a preliminary hearing hosted over two days. The hearing began Aug. 11 with the testimony of the underage girl who is the alleged victim and concluded Tuesday with testimony from a Michigan State Police trooper.

Heskett, 50, of Clarendon Avenue in Niles, now faces three felony charges after a third charge was added by Assistant Prosecutor Nicholas Deryke at the end of Tuesday’s hearing. The next court dates in the case are mid-December for a case conference and February for a jury trial.

Heskett is likely best known to residents as one of three partners in HDS Investments. That company bought the former vacant lot at 13th and Lake Streets in Niles and is constructing a marijuana grow facility there. He was arraigned on the original two charges in April and is free on bond. The preliminary hearing was delayed due to the COVID-19 pandemic.

Heskett was initially charged with delivery of a controlled substance to a minor — a 40-year felony — and aggravated child sexual abusive activity — a 25-year felony. The charge added Tuesday was prostitution/engaging the services of a minor — a five-year felony. Heskett has pleaded not guilty to all three counts.

The alleged victim testified last week that she had known Heskett for three or four years before the alleged incidents in November and December 2019. She alleged that Heskett gave her cocaine and crack cocaine.

“I had done it [cocaine] once before, so I recognized it,” she said.

The girl, who was 16 at the time, said she also watched it being cooked.

“I snorted the cocaine and also smoked it,” she testified. “I felt like everything was off, I felt very energetic and intense.”

The police report made in connection with the case also stated that police found photos of her snorting cocaine and smoking marijuana. Those photos were time stamped as taken in November and December of last year.

Tuesday, Michigan State Police Trooper Kevin Lee testified as an expert witness in recognizing the effects of cocaine and other drugs. He said he reviewed videos of the alleged victim while under the influence as well as her testimony and found her testimony consistent with the use of cocaine.

Lee said he made his determination based on the alleged victim’s statements to police and testimony which were consistent with someone who has used cocaine and similar drugs.

In asking for the bound over on the three charges, Deryke pointed to the alleged victim’s testimony that Heskett gave her what he said was cocaine and crack cocaine as well as Lee’s statement that what she described as her reaction was consistent with crack cocaine.

Defense attorney Sean Drew opposed the bound over and argued that the prosecution had not proved the elements of the three crimes. He described the alleged victim’s testimony as amounting to “hearsay upon hearsay.”

In his ruling Tuesday, Judge Schrock said that he found probable cause and sufficient evidence that the three crimes were committed.

On the first count, he noted that the alleged victim that she had used cocaine before and recognized its effects after she took what Heskett gave her. He also pointed to Lee’s testimony that her reaction was similar to that of a cocaine user.

With the second count, Schrock said he found that there was evidence that Heskett knowingly allowed a minor to participate in child sexually abusive activities with the photographs and videos taken in Heskett’s presence and in his home.

“The statute imposes a duty that an adult has the obligation to the minor to not engage in such an activity,” the judge said. “There is also evidence that the defendant solicited sexual favors in exchange for providing drugs.”