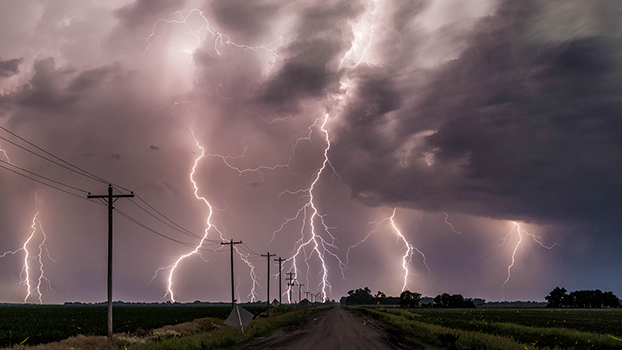 A hazardous weather outlook issued by the National Weather Service was issued for Niles, Buchanan, Dowagiac and surrounding areas Monday afternoon. Thunderstorms with potential of bringing damaging winds are expected in the area between 4 and 5 p.m.

SOUTHWEST MICHIGAN —The partly sunny skies seen in Niles around 2:30 p.m. are predicted to be exchanged for hazardous wind gusts by 4 to 5 p.m.

“We are currently watching a complex of thunderstorms over central and eastern Iowa,” said National Weather Service meteorologist Jeff Logsdon. “We’re expecting that to track eastward over the next few hours.”

Logsdon said the NWS was predicting the storm to arrive to Niles, Buchanan and Dowagiac and surrounding areas around the same time, between 4 and 5 p.m.

“There have been reports in Iowa of wind gusts over 70 miles per hour,” Logsdon said. “The storm has that potential as it moves in toward our area.”

Damaging and straight-line winds are defined as those over 60 MPH by the National Severe Storms Laboratory.

According to Logsdon, the storm is not expected to be lengthy, lasting between one and two hours.

SOUTHWEST MICHIGAN — Listed below are the unofficial election results from Berrien and Cass counties for the Aug. 4 primary... read more