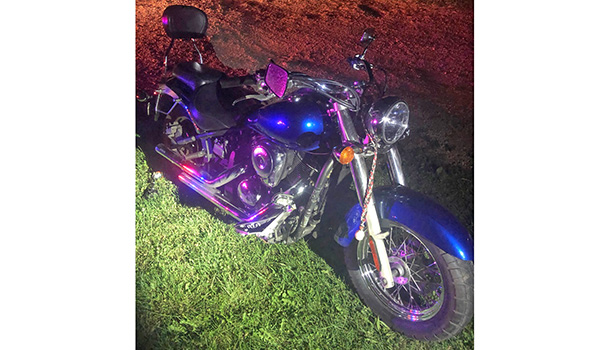 MARCELLUS TOWNSHIP — A Dowagiac woman and a Marcellus man were injured in a motorcycle vs. truck accident Saturday, according to the Cass County Sheriff’s Office.

Sheriff Richard Behnke reported that his deputies responded to a personal injury crash on Marcellus Hwy near Finch road around 9 p.m. Saturday. The crash occurred in Marcellus Township.

Emergency personnel were called to the scene after Christopher Hoeppner, 21, of Three Rivers, pulled out of a driveway onto Marcellus Highway in front of a motorcyclist traveling west on Marcellus Highway.

Olivia Hines, 25, of Dowagiac, and Jordan Hawkins, 28, of Marcellus, were westbound when they collided into Hoeppner’s pickup truck, ejecting them from the motorcycle.

Hawkins and Hines were transported by ambulance and Aircare to Borgess Hospital in Kalamazoo for treatment.

Seatbelts were worn and alcohol was not a factor in this crash, according to deputies. Helmets were not worn.

This case remains under investigation at this time.