BUCHANAN — Buchanan City Commissioners have settled on who they want to be their next city manager after interviewing six candidates this week.

Commissioners voted 4-1 Thursday night, with Cameron Downey the sole no vote, to enter into negotiations with Grace to become the next city manager. Commissioners favoring her cited her experience as both a city manager and practicing attorney as well as her community focus and welcoming personality. 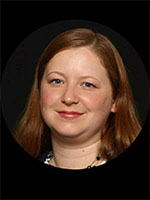 “One of the applicants referred to the city commission as the board of directors and the city manager as the CEO,” Commissioner Sean Denison said. “If that’s true and you want the business making money, you want someone you know will do a good job. Only one of the candidates I think will do that. She’s sharp as a tack and has been successful as a city manager and worn a lot of hats.”

Mayor Patricia Moore said she was struck by Grace’s comments on reaching out to the community’s diverse populations to talk to them rather than relying on newspaper reports or social media postings.

“She also described herself as apolitical and a cheerleader for local boards,” Moore said.

The interviews Wednesday and Thursday were in person with commissioners and five of six candidates at the Buchanan City Hall. Members of the public could watch the interviews virtually via Zoom. Only Grace appeared remotely for her interview.

Each candidate was asked a series of questions by commissioners, covering topics ranging from their background and why they’re the best candidate to their experience with budgeting, planning and other governmental functions and how they’ve handled tough problems in their careers.

Grace was the first to be interviewed Wednesday. She has experience as a legislative assistant in the Michigan House of Representatives and a research attorney for the Michigan Court of Appeals. She said her career path has been a non-traditional one with experience as both a lawyer and a manager. She said being a city manager is what she’s loved the most as she’s been able to have a direct impact on the community.

She said she had experience in all aspects of city government in her last position as several staff members were retiring when she came on. Her philosophy is to not share her personal opinions on issues such as adult and medical marijuana and to make sure everyone in city government as well as in the community are aware of all aspects of issues and concerns.

She said she and her husband have already looked at properties in the Buchanan area and believe the town will be a wonderful place to raise their two children.

“I am confident I can come in and hit the ground running,” she said. “I really think I can build relationships and engage people to show the community that the city cares about what’s going on.”

Michael “Mitch” Mitchell was the last person interviewed Thursday and the commission’s second choice. He has the most experience of any of the candidates, having worked as a manager in Hillsdale, Michigan, Colon, Michigan and Bristol, Indiana as well as a New Buffalo harbormaster. He has strong experience in budgeting, planning, economic development and downtown revitalization.

His interview ended up in large part being a pep talk for the city as he encouraged city leaders to find ways for the city to succeed that don’t copy what others are doing. He told commissioners to find Buchanan’s lane and create a culture and place where people want to work, live and invest.

Michael Sinnett was interviewed Wednesday. He works in the Indiana state government overseeing community development grant programs. He said he comes from two standpoints: overseeing a state grant program plus working at the grassroots level with a nonprofit organization.

He said his experience is in community development and called planning and zoning his weakest areas, which he would work on if hired. He said he doesn’t see conflict as necessarily a bad thing and enjoys working with diverse groups and building communities and consensus.

Also interviewed Wednesday was Ohio resident Corey Spackey who has experience in both insurance and as a village manager. He just recently got into public administration and said he fell in love with the job as he’s found ways to get projects done with little resources.

He said one of his strengths is just being there for city staff, city commissioners and city residents. He said he looks at the commission as the board of directors and the city manager as the person hired to run day to day operations. He said communication is important to him, whether it’s going door to door to talk to residents or sitting down with commissioners.

Mark Borden was the first to be interviewed Thursday. A Florida native, he has lived in Michigan for much of his adult life. He is a past city manager of Carson City, Michigand, and also has experience in medical billing and higher education finances. He would like to go back to working in municipal government and considers budgeting his number one strength.

Communication and transparency are important qualities to him. He said he believes in not shying away from problems but meeting them head on. He said he strives for unity in the workplace with staff eager to come to work and serve the community. He said he would participate in community events and activities as often as possible.

Evan Smith was the second person interviewed Thursday. He is a Brandywine High School graduate and now a Granger resident. He has worked for the city of Niles, South Bend Transpo and Berrien County where he is the transportation coordinator and works with the county board and the county planning commission.

Although he has not been a city manager before, he stressed his knowledge of the area and his relationships with municipal and county leaders. He said he is a quick study and does have experience in budgeting, economic development and planning. The only controversial note came when it was revealed he had listened into the other interviews for which he apologized.

DOWAGIAC — There is a new pastor on the block in Dowagiac. Rick Romeo, the pastor of First Christian Church,... read more