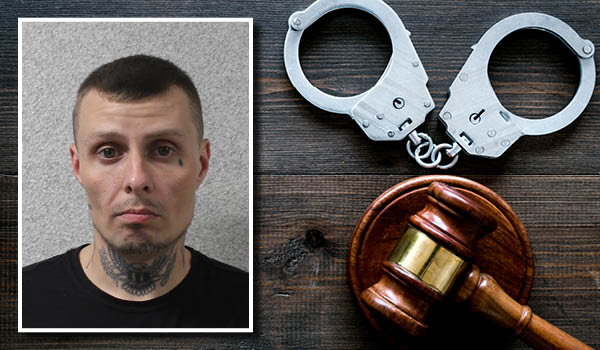 Buchanan man sentenced to prison for possession of meth, firearm

NILES – A Buchanan man was sentenced to prison Monday in Berrien County Trial Court. Monday’s sentencings were again done both virtually and in person with limited attendance as the south county building continues to be closed to the public.

The incident occurred May 30 in Niles Township when police stopped him for a traffic violation and found the meth and the weapon. He has bene in jail since late May and he appeared for his sentencing via video from the jail.

“The last time he was in trouble was in 2008, I think that’s significant,” she said. “Mr. Camp is not the same person as he was then.”

She said Camp has been working with Michigan Works to find employment and has been mentoring younger individuals in the jail to stay away from gangs and be productive members of society. She said her client did not realize he had a weapon in his backpack and was not reaching for a weapon when he reached for his backpack.

She asked for a probation rather than prison sentence.

“If he’s closely monitored, he could get work,” she said. “I ask you to consider a term of probation. He deserves to be in society and not prison.”

For his part, Camp said he has five sons and that they are his main focus along with getting on top of his drug addiction.

Assistant Prosecutor Nicholas Deryke asked that the sentencing recommendation be followed and Camp be sent to prison. He said he was concerned that Camp reached for the backpack where the weapon was when he was stopped by police.

While Camp has gone 12 years without a criminal conviction, he “went big” and got multiple charges when he was arrested in May, the judge said.

“He knows he can’t have a firearm, let alone one in a vehicle and he had meth,” Judge Schrock said. “His excuse is that he needed the firearm to protect himself and his family, but walking around with a loaded firearm is a monumental lapse of judgment.”

In another sentencing, a Niles woman was sentenced on drug and other charges.

Heather Lynn Harrell, 40, of Niles, pleaded guilty to a misdemeanor charge of use of methamphetamines and no contest to breaking and entering a building with intent to commit larceny. She was sentenced to credit for nine days in jail on the meth charge and three years’ probation on the breaking and entering charge.

On the latter charge, she has credit for three days in jail already served, must complete the Kalamazoo Probation Enhancement Program followed by 60 days on tether and $598 in fines and costs.

Judge Schrock expressed concern over Harrell’s failure to report to probation and using drugs while she was out on bond but defense attorney Lanny Fisher said she had medical issues with a kidney infection and had been in the hospital part of the time.

PORTER TOWNSHIP — The work of a Cass County Sheriff’s Office K9 has led to the arrest of a Vandalia... read more