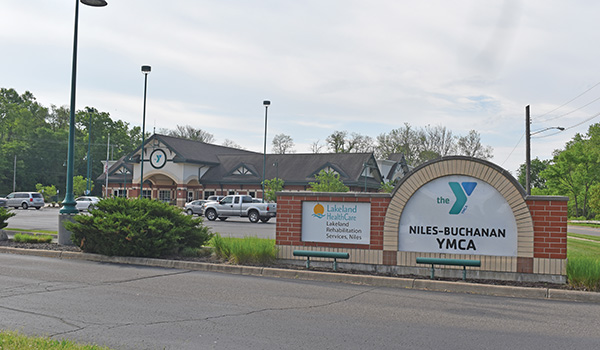 NILES — In what has become its new normal, the Niles City Council met via Zoom Monday evening for its regular meeting.

All members were present to discuss a request for YMCA funding and approving a millage renewal. Council members took advantage of the council members’ reports time to remind residents about the upcoming election, mask mandates and Thomas Stadium.

All council members were present as the virtual meeting began on the Zoom platform it has been hosted on for months, due to COVID-19 mandates and concerns.

During citizen participation, Jill Haboush, vice president of fund development and marketing with the YMCA of Greater Michiana, called in to speak with the council members.

Council member Dan VandenHeede asked about the proposed $20,000 funding from the city to the YMCA’s Summer My Way Program, and how much it was in relation to the program’s total budget.

The council voted unanimously to approve the $20,000 funding to come from the city’s Community Development Block Grant allocation.

In other news, the council voted unanimously to accept the quote of $574,108 from Rural Electric Supply Cooperative, of Madison, Wisconsin. The amount is for the purchase of 13 Siemens reclosers and associated equipment, which would update the city’s electric system.

According to the city council item report, “distribution automation significantly improves the reliability and availability of power distribution grids.”

The automation would continuously supply power to all of the city’s substations without the need for a manual intervention.

City administrator Ric Huff and city clerk Linda Casperson both affirmed it was a formality for the council members to vote on the millage, which funds the Dial A Ride Transportation service.

In his comments following the approval of resolutions, council member John DiCostanzo reported that he had attended baseball games at Thomas Stadium lately and saw the repairs it needed.

“The field seems to be in fairly good condition. The backstop netting allowed two balls to pass through in the two games I’ve watched so far,” he said. “It’s pretty shaky walking through the stands. The boards in a lot of locations are weak.”

He cited the need to do work at the stadium. He encouraged attendees to donate to the stadium’s Go Fund Me for the needed repairs.

Council member Jessica Nelson reminded residents the absentee ballots went out for the state primary election, which is on Aug. 4.

“One thing that is important to note as people look at those, both parties are on the ballot both Republican and Democrat, but you can’t pick on both sides,” Nelson said. “You have to make sure you pick one or the other so that your ballot is counted and valid.”

Council member Dan VandenHeede asked for clarification from Casperson about the return dates and process for absentee ballots.

Casperson said residents can drop off their ballots in the City Hall drive thru, and that City Hall would be open 8 a.m. to 4 p.m. Aug. 1 for Saturday voting prior to election day, Aug. 4.

Council member Travis Timm had a message for those who might be angry about the mandated mask order from Gov. Gretchen Whitmer that went into effect on Monday.

“If you’re the kind of person who is taking out your frustrations on business owners, I think that’s pretty pathetic,” Timm said. “People need to be more patient with people who are just trying to stay alive and keep their businesses running, trying to comply.”

Council member Charlie McAfee congratulated council member Georgia Boggs on her picture in the 2020 Census, as a part of her work with getting residents filing their census responses.

Finally, Mayor Nick Shelton echoed some of the concerns pertaining to businesses and mask mandates due to COVID-19.

“I’m hopeful people will continue to do what is right, and move through this pandemic safely and quickly,” he said.

DOWAGIAC — When Dowagiac resident Kayla Heffington decided to name her daughter Azalea, she did not know that azalea was... read more