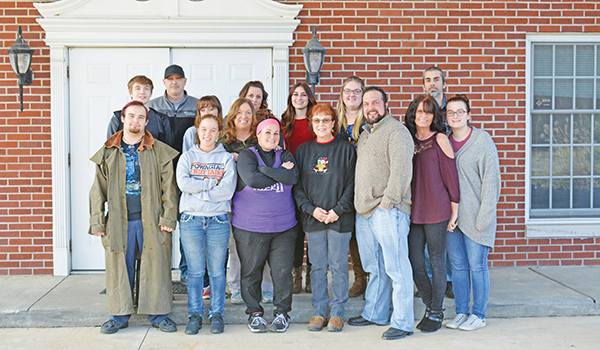 DOWAGIAC — A Dowagiac company has been recognized for its efforts once again.

Government contractor Janel’s Industries will be recognized as one of the “Michigan 50 Companies to Watch” at the 16th-annual Michigan Celebrates Small Business awards gala, which will be hosted virtually July 28.

Michigan Celebrates Small Business serves to recognize small businesses for their role in growing Michigan’s economy and creating jobs. In order to qualify, companies must have six to 99 full-time-equivalent employees and generate $750,000 to $50-million in annual revenue or working capital from grants or investors.

This year’s selections were chosen from 575 nominations by a group of judges from economic organizations. Deciding factors included a nominees’ capacity to grow based on employee or sales growth, sustainable competitive advantage and exceptional entrepreneurial leadership.

“We’ve been at this for a long time,” said Janel’s Vice President of Operations Chad Perrin. “We’ve won several awards, but this one is just more validation for us that what we do matters. We’re making a difference not only in the state but for our military. It’s a good feeling and the team deserves it.”

Founded by Larry and Janel Kuntz in 2002, Janel’s Industries specializes in packaging and provides products to the government as a Service Connected Disabled American Veteran Owned Small Business. Businesses meeting that distinction are eligible to compete for special contracts from the U.S. Department of Defense.

To meet growing demand, the company moved from its original location in Cassopolis to a 17,500-square-foot building located in Dowagiac’s industrial park in 2018. Janel’s Industries reports annual sales in the $20-25 million range, though Perrin asserted the company only sees a small portion of that because it is a distributor.

“We are in the top 5 percentile for performance and delivery,” Perrin said. “We have a great reputation with the federal government. When you work for the government, there are a lot of companies that start and leave quickly, so it can be hard to trust newer companies. The longer you’re around, the more knowledgeable you are. We try to educate ourselves and roll with changes as they come.”

Janel’s Industries has won several awards over the years, including the Procurement Technical Assistance Center award for Best Small Business in 2017 and 2018. According to Perrin, the work environment has been a key factor in the continued success of the company.

“I’m constantly asking our employees for things that would make their lives easier,” Perrin said. “We encourage employees to offer suggestions. Our team is small, but we’re very family-oriented. We want our employees to know that if they are doing a good job, and we’re making money, they’re going to see the benefits of that.”

BROOKLYN — There will be racing at Michigan International Speedways this August. There just will not be any fans in... read more