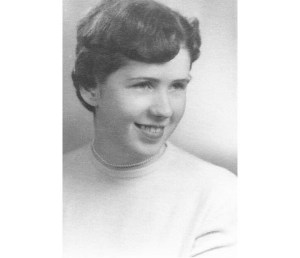 She was the beloved wife of Bruce Hart, who preceded her in death in 2014. They were married on Dec. 23, 1962. Together they raised two sons, Michael (Margaret), of Portage, Michigan, and Brian (Angela), of Niles. She was able to witness and be a vital part in the raising of her five grandchildren, who she adored and loved dearly, Matthew Hart, Andrew Hart, Ryan Hart (Madison Dietz), Rachel Hart and Lauren Hart.

Preceding her in death are her parents; and her siblings, Hazel M. Wagner and Marsha L. Marks.

Dorothy enjoyed spending her time talking to her friends on Facebook and helping organize Buckteen reunions with her former classmates from Buchanan.

Dorothy has chosen to be cremated and private services will be at a later date for family and friends. Arrangements have been entrusted to Hoven Funeral Home, Buchanan. Online condolences may be made at hovenfunerals.com.