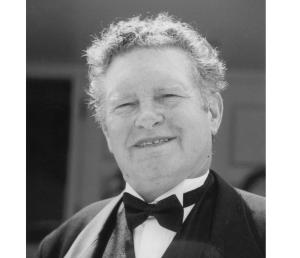 Willie was born Aug. 31, 1942, at home in Harlan Co., Kentucky. He moved to Michigan as a young adult and finished high school in Dowagiac.

Preceding him in death were his parents, Millie and Jack Pasley; sisters, Maggie Mercereau, Waverline Pasley; and step-brother, Algin Pasley.

With his first wife, Delores Stiffler Nee Pucheloff, he had four children. He worked at Sundstrand in Dowagiac and in the mid 1970s, started his own excavation company specializing in driveways, septic systems, moving houses and installing basements on existing homes.

On May 3, 2003, Willie married Dortha Benson. He loved roller skating, riding his Harley, collecting guns and working on his equipment. He doted on his grandchildren and would load them into the wagon and drive the tractor to the Hayloft for ice cream.

Willie leaves behind his wife, Dortha; four children, Mark Pasley, of Decatur, Glenn (Melissa) Pasley and Jennifer Pasley, both of North Bend, Washington, and Julie (Dan) Gerner, of Dowagiac. He also leaves a step-son, Dan (Janice) Benson, of Decatur; a sister, Lillian (Woodrow) Clouse, of Irons, Michigan; and a brother, Roy Jim (Mary) Pasley, of Dowagiac; a special caregiver, John Benson, of Decatur; as well as numerous grandchildren and great-grandchildren.

A celebration of life service will be 11 a.m. on Friday, July 3, 2020, at Newell Funeral Home, 83313 M-51, Decatur, with Pastor Steve DeGroft, of Decatur Bible Church, officiating. Family will receive friends and family from 5 to 7 p.m. on Thursday, July 2, at the funeral home. Interment will follow the service at Lakeside Cemetery. Memorial contributions may be mailed to Elara Caring, 900 Cooper St., Jackson, MI 49202 in honor of Willie D. Pasley. Those wishing to leave an online condolence may do so at starks-menchinger.com.