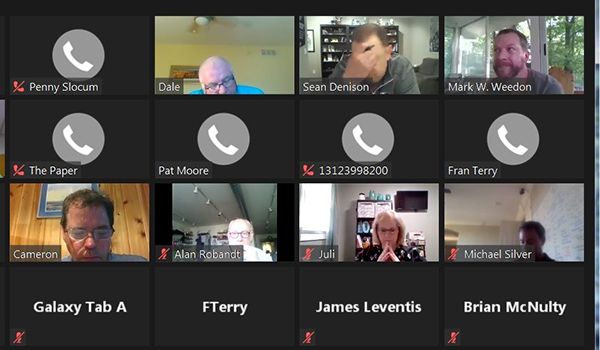 Future of Buchanan DDA remains up in the air

BUCHANAN – The future of the Buchanan Downtown Development Authority remains up in the air after a report Tuesday from an ad hoc committee looking at the issue.

The DDA and city officials have been at odds for nearly a year. Issues in dispute include the DDA’s mission, its relationship to the city and whether the DDA owes the city for administrative services. DDA members have questioned the amounts paid to the city rather than to help the downtown. City officials said they must be reimbursed for services rendered.

Denison said the committee believes that despite their differences, all involved want what is best for the community and the downtown. He reported that the committee was split on what to recommend with he and Weedon favoring dissolving the DDA and Burck and Terry wanting to retain the DDA but restructure it and rewrite the bylaws.

Denison said dissolving the DDA would result in the DDA’s funds being redirected to a new city account for the downtown and creating a new economic development commission. He cited the history of turmoil and turnover in DDA membership as well as the DDA’s limited success in completing projects.

He said the DDA is not utilizing its $324,000 in reserves, cash and investments effectively in promoting the downtown. He added that DDA revenue will decrease in coming years with tax increment financing revenue falling 33 percent this year.

Burck had a different perspective.

“In this era where nothing is really sure, the DDA is operating and is a sure thing,” he said. “It’s better to work with what we have rather than the unknown. This is a tool already in the toolbox.”

Terry said that the revenue the DDA has collected from tax increment financing is being used to help the downtown.

“My concern with having downtown funds being a line item in the city budget is that down the road the commission and the city manager will change,” he said. “It would be very easy to say we can’t afford to spend money on the downtown and take it.”

The Burck-Terry proposal would retain the DDA, but reconstitute its membership. The new DDA would work with the city to rewrite by-laws and rules of procedure. They pointed to successful DDA projects of the past such as new welcome signs, the bridge at the duck pond, the farmers market and grant/loan programs for downtown property owners.

Denison said his decision to favor dissolution was not based on current DDA membership but on what he’s seen in other communities.

“I can name 10 other communities that have done away with their DDA for many of the same reasons,” he said. “They’ve seen a loss of revenue and are trying to figure how to pay expenses and have money left to do projects.”

Weedon said he sees dissolving the DDA as an opportunity to regroup and restructure. “Restructuring is not entirely bad. I believe what we put forth gives us that opportunity,” he said.

Mayor Patricia Moore thanked ad hoc committee members for their work and asked commissioners to consider the recommendations over the next two weeks.

“I want to thank all four of you for a yeoman’s job of thoroughness,” she said. “I knew it was going to be a tough task and I really do appreciate all your hard work.”

“For the last 14 years, the city commission effectively controlled the DDA,” he said. “Sadly, other than blowing through a half million dollars in assets and funding, they have nothing to show for their efforts.

“Dissolving the DDA at this point means there will be no check on City Commission or City Manager power,” he added. “Sadly, with one exception, our commissioners have no idea what is happening downtown. The idea they will have an epiphany is an exercise in absurdism.”