Brandywine’s Connor Janowiak is continuing a family tradition by being a Bobcat valedictorian.

The family was informed over the weekend of Connor’s valedictorian achievement. He joins his mother and older brother in the honor, who both achieved valedictorian in 1984 and 2016, respectively. 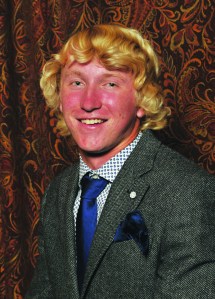 “The motivation throughout my academic career came in the form of seeing my own potential,” Connor said. “I sort of saw school as a test to see how I stack up against my fellow peers. Giving it my all every day allowed me to see my strengths and weaknesses, and make adjustments based on that to set myself on top.”

The pressure was on to achieve valedictorian, according to Connor. He knew he would have to work hard throughout his high school career.

Diane Janowiak credits a few things that have helped her and her sons achieve this honor.

Connor’s older brother, Hunter, graduated from Brandywine High School as valedictorian in 2016 and is graduating this year from the University of Michigan. He plans to go to Michigan State University to study medicine.

Connor plans to attend the University of Michigan in the fall to study computer engineering.

Diane is an alum from the 1984 graduating class at Brandywine High School, and went to Central Michigan University, where she studied medical technology.

Connor has stayed disciplined in studies at both Lake Michigan College and Andrews University, while staying active in Bobcats sports.

“He was awarded on the Dream Team,” Diane said.

Connor also received scholarships from Zolman, the Daughters of the American Revolution and an academic scholarship at the University of Michigan.

With the traditional graduation plans being shifted, Connor hopes that the class will get to celebrate together.

“I do hope that the class of 2020 gets the recognition that they worked so hard for over the last four years,” Connor said.

He added that he hopes that the valedictorians and class officers will have the chance to make their final remarks to their peers before beginning their next chapter.

Brandon Kirkendall is also carrying on a family tradition.

Sixty-five years ago, Donald Kirkendall walked across the stage and officially graduated from Brandywine High School. This year, he was excited to be celebrating another lifetime milestone. The traditional commencement ceremony may or may not end up being involved, but his grandson, Brandon Kirkendall, will be following his footsteps and graduating from the same school.

From the Bobcats’ graduating class of 1955, Donald has continued to serve his community. He is the president of the Niles Scream Park, which helped raise more than $116,000 for local groups in the Michiana area. 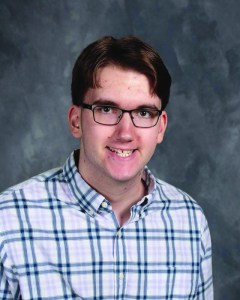 Donald was looking forward to celebrating his grandson’s achievements and being able to award him personally one of the Niles Scream Park scholarships. Brandon is to receive the John Carlson Memorial Scholarship.  The $500 scholarship is awarded to a qualifying Brandywine High Student, and takes into consideration academic merit, financial need and community service. With commencement plans taking a different form this year due to COVID-19 mandates, Donald will not be able to have the same type of celebration for Brandon that he had wanted.

However, the achievement, and generational milestone between them, is a unique one that he celebrates.

“He’s so achieved,” Donald said of Brandon. “We are so proud of him.”

With a favorite subject of calculus, his family said it is no surprise that his future plans include going to University of Michigan to major in mathematics. His scoring has been recognized, and he has received a full scholarship to the university.

Bridging the generations, Donald proudly spoke of Brandon’s journey to the top. Brandon won the Cloverleaf Spelling Bee at Lake Michigan College in 2015, when he was in seventh grade. This put him on a path to the Scripps National Spelling Bee in Washington D.C. that year.

Brandon continued to advance in his academics, taking calculus at a college level, at Lake Michigan College, during his last year at Brandywine High School.