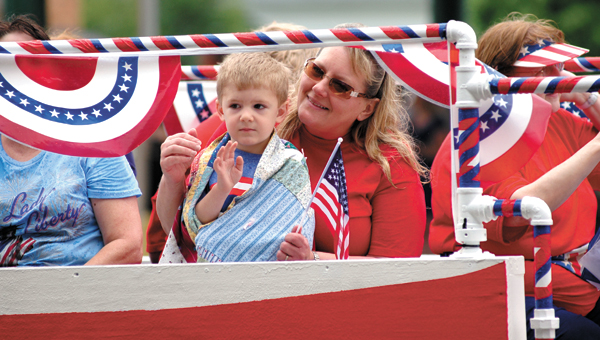 Correction: In an earlier publication of this article, Lisa Croteau was attributed to saying that she expected summer events to be canceled. We have corrected the quotes to reflect that Movies in the Park is not likely to happen and that the Bridge Bash Dash 5k scheduled for July 31 is too far out to cancel at the moment. The Niles Daily Star regrets the error.

NILES — As the weather warms, residents look forward to music, festivals, movies and athletic events to spend time with friends and getting outside. However, this year, things are different due to the outbreak of COVID-19.

Local event organizers were paying attention as Niles City Council members voted on event applications Monday evening. This summer, amid Michigan’s Stay Home, Stay Safe executive order in response to COVID-19, events that generally host more than 10 people at a time will be few to none.

Monday evening in a five to two vote, Niles City Council members voted to not accept new event applications and to cancel previously approved events until social gatherings are allowed by the state.

The next event planned in Niles was to be the Memorial Day Parade and memorial ceremony at Silverbrook Cemetery for May 25.

“Under the current executive order people are not to congregate in 10 or more, so therefore it would be difficult to have the ceremony at the cemetery,” said Joe Ray director of public works in Niles. “I think the intention of the discussion at the council meeting is that the city cannot promote or encourage these types of activities under the executive order,” Ray said.

Organizers for the Memorial Day parade and ceremony could not be reached as of press time.

Lisa Croteau, program manager for the Niles Downtown Development Authority, had also been following along with the city and state orders.

The Niles Family Fun Fest and Bluegrass Festival had already been canceled for the year by the Riverfront Optimist Club of Niles on March 24.

For Niles events including Thursday and Saturday concerts, the Fourth of July Fireworks Spectacular, Hometown Reunion, Junk in the Trunk Sale, Mac and Cheese Cook-off, Artisan Fair, and the End of the Summer Blowout, the Niles Music and More board made the decision to contact participants on Tuesday.

President of the board of Niles Music and More Caryn Adler sent messages to participants following the vote. She wanted to make sure that performers and vendors could start looking for other opportunities elsewhere, in states that may not be as restrictive as Michigan is in its COVID-19 response.

Adler said that her board, Niles Music and More, had already been discussing what to do with events planned for the summer, as COVID-19 mandates did not appear to be lifting.

“I had myself reached out to the representative of the health department to see what vibes they were getting for large group gatherings,” Adler said. “The thing that kind of clenched it for us was when the governor made a couple of comments when she was talking about her six phases of reopening. The sixth stage would be ‘pre-pandemic normalcy.’ It would probably not happen until there is a vaccine.”

Adler saw no way that her board could enforce social distancing while putting on certain events, especially at the largest events like the fireworks for the Fourth of July, where she said they sometimes see between 4,000 and 6,000 people.

“We understand that [the city council] had a difficult decision, even though they are looking at it from a little different perspective,” Adler said.

As COVID-19 mandates continue, events organizers will be watching for any changes that may allow larger gatherings.

“Until the governor frees things up, we are following the social gathering guidelines as directed by the state,” Croteau said.