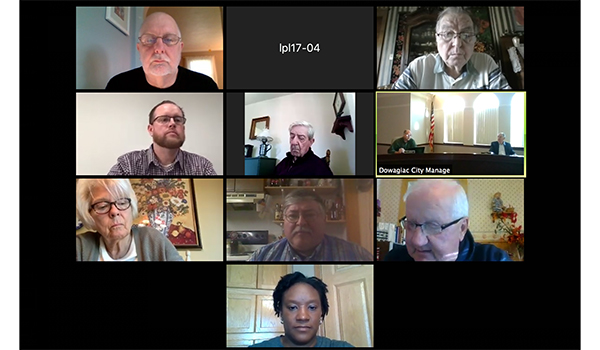 DOWAGIAC — As the COVID-19 pandemic continues, the city of Dowagiac is beginning budget preparations for the upcoming 2020-2021 fiscal year.

“This year’s budget is one that I think this administration knows we are not going to be able to keep,” said City Manager Kevin Anderson. “What we are trying to do is set the budget to be the same as last year’s, but the dilemma we have is we are so early in the process of trying to understand what our revenues are, we really can’t give good revenue projections.”

Anderson said one factor is the city not knowing the impact of the state’s sales tax due to COVID-19’s impact.

On May 15, the next major financial summit for the state of Michigan will be hosted and report on the impact of reduced economic activity has had on revenues. The meeting will also provide official projections for state revenue budgeting purposes.

Anderson added manufacturing activity has ceased, so there is no revenue coming in from those ventures.

“That is starting back up again, so we need to see where that will go,” Anderson said.

Within 60 days, he predicted the city will have better trend data to help indicate its next fiscal year.

“We are aware of at least one industry that will be converting from manufacturing to warehousing uses,” according to a memo sent by Anderson to the city council.

Anderson’s recommendation was to have council adopt the same budget as last fiscal year, keeping property tax rates and utility rates at their current rates. On Sept. 15, the council can expect an amended budget for review and adoption based on the revised revenue estimates after more economic data is made available in the next 90 days.

Another topic of discussion was an update on the former ICG building.

Tuesday, the city became the official owners of the ICG building, and city leaders have a tentative time set with the construction company for the demolition of the building to be in the first or second week of June.

“We have a spot locked in, and so we should see a lot of progress in that area over a relatively short period of time,” Anderson said.

Also on Monday:
· A resolution was passed to reschedule the Monday, May 25 city council meeting for Tuesday, May 26 at 7 p.m. Historically, the council has changed the dates of meetings when they fall on national holidays, in this case Memorial Day, to the following day.