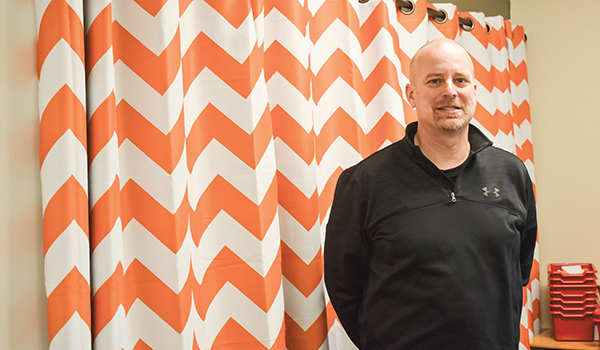 DOWAGIAC — This week, students will be taking the stage ready to spell.

The spelling bee is one of five student events hosted by Lewis Cass ISD on an annual basis. The spelling bee was initially scheduled for last Thursday but was postponed because of multiple school closings in the area.

Cooper starts planning in July and August for the spelling bee, which is traditionally hosted in late February. A planning committee meets in the fall and helps Cooper pass along details to the participating schools.

“We still have word lists that we get out to the schools so the students can practice before the holidays,” Cooper said. “Some schools have their own spelling bees, and some don’t. It’s up to the individual school district.”

In total, Cooper said about 100 students from fourth through eighth grade will participate on Friday. Spelling bee teams are composed of five members.

Dowagiac Union Schools will send a fourth, fifth, sixth and eighth-grade team to the competition. Dowagiac hosted a district-wide spelling bee on Jan. 24 at the Dowagiac Middle School with all four Dowagiac Elementary Schools represented. Each elementary school in the district hosted individual spell-offs and took five students and one alternate to the district competition.

Bryan Henry, the principal of Justus Gage Elementary, is a member of the Lewis Cass ISD’s spelling bee steering committee and will act as the master of ceremony at the county event.

“I don’t mind talking,” Henry said in his office on Monday. “This event gives a lot of attention to our students who are doing well academically. We get building recognition, as well as individual recognition for the students, families as well as the district of Dowagiac.”

Justus Gage hosts its own tryouts to be on the spelling bee team. This year, the school started its building spell-off earlier in the year so the team could have more practice before the district-wide event.

Students involved in the spelling bee sometimes will skip recess a few times a week to practice for the upcoming bee.

“Whenever we do a county event at the Lewis Cass ISD, we expect our students to be a Justus Gage heroes,” Henry said. “We always tell them they are representing their parents, their classmates, their teacher, their building and ultimately their community.”

“It’s a great experience for the students to come and participate as a team, but yet they get to shine themselves as individuals also,” Cooper said. “They put in a lot of hard work. Most of the students start practicing in the fall.”