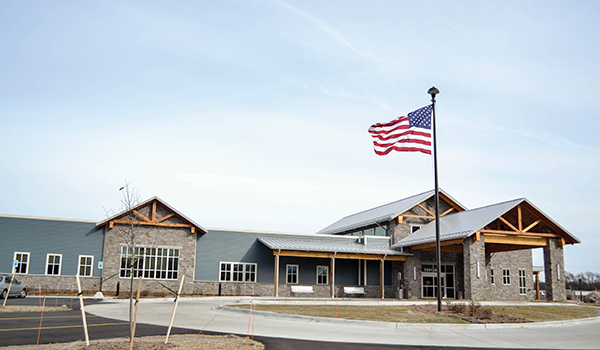 The weeks leading up to November 2019, a buzz of busy energy pushed the staff and administrators at the Cassopolis Family Clinic Network, headquartered in Cassopolis.

However, with the snip of a bright red ribbon on Nov. 15, 2019, CFCN’s staff could breathe a sigh of relief.

After more than 14 months of planning, CFCN opened its new Niles Community Health Center and ushered in a new era of healthcare in Cass and southeast Berrien counties.

With the potential to double the number of CFCN’s Niles-area patients, the $9.2 million, 31,500-square-foot facility includes 26 exam rooms, a drive-through pharmacy for patients, gynecology and obstetrics services. Behavioral health services are also available and include psychiatry and substance abuse treatment.

“We’ve been planning this for so long, and now, we see it come to fruition,” said Chief Executive Officer Mary Geegan Middleton.

In 2018 alone, CFCN served 12,769 patients during 49,917 different patient visits. Of those patients, 84 percent were low income, 17.8 percent identified as a racial or ethnic minority, 3.4 percent were homeless and 3 percent were veterans, according to data provided by Capital Link. Over the course of the year, 2,895 of CFCN’s patients were children or adolescents.

According to Middleton, the majority of CFCN’s patients are considered vulnerable populations, meaning that they are hard to reach and, in many cases, do not have access to healthcare.

“We are a safety-net provider in the community,” Middleton said. “With our programs, people are able to access healthcare at a price they can afford.”

With the opening of the new Niles Community Health Center, CFCN can serve more vulnerable patients than ever before, which Middleton said will make for a brighter future — not only for CFCN but for the greater Cass County and Berrien County community. 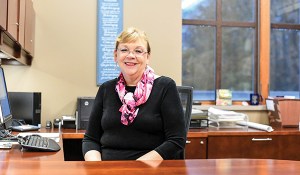 Mary Middleton is the CEO for
the Cass Family Clinic Network.

To understand the future of CFCN, Middleton said one must look at its past.

CFCN got its start in 1958 when a group of Cassopolis business leaders came together to make their vision of having a community medical practice a reality. In 1964, a full-time medical practice was established by doctors Aaron Warren and Lowell Smith. Due to the large number of patients covered by Medicare, Medicaid and poor reimbursement, the clinic became a certified rural health clinic in 1992.

CFCN expanded its care out of Cassopolis and into Niles in 2007, providing obstetrical and gynecological services for under-served women in Cass and southeast Berrien counties at a new location at 60 N. St. Joseph Ave., Niles. In 2014, CFCN opened the original Niles Community Health Center, located at 24 N. St. Joseph Ave., Suite G., after receiving a grant to provide $650,000 in federal funds annually to support primary care for medically underserved patients in southeast Berrien County. It would add dental services to Niles in 2015 at a location on Grant Street.

“We’ve been in steady growth mode for the last 10 years,” Middleton said. “We started when the Affordable Care Act was passed, and there was talk of Medicaid expansion and affordable insurances. We knew that the little office we used to have in Cassopolis, even in this community, wouldn’t allow us to serve enough. More people were going to have access [to healthcare], but you only have access if you have somewhere to go. … We knew when we opened the Niles Community Health Center that we would eventually have to move to support the need.”

Until the opening of the new Niles Community Health Center, the most significant moment in CFCN history was likely the opening of its $7 million, 30,000-square-foot Cassopolis medical facility, 261 M-51 N.

“That was a major move for healthcare in Cass County,” Middleton recalled. “The old facility was old; it was not well designed; it had been added on to several times. People thought of it as the poor people’s clinic. When we moved here, and it was a very nice facility with many different services, it became acceptable to everyone.”

Now, Middleton is hoping to see the same thing that happened in Cassopolis happen in Niles.

“We are hoping that instead of the clinic we [had], the little, tiny clinic that hardly anyone knew about, people will see this big, beautiful facility on Oak Street, and they will say, ‘What is that?’” Middleton said. “We hope that people who don’t have healthcare, the people who go to the emergency room when they are sick, will be able to come there and get healthcare on a routine basis. Just as we were accepted in [the Cassopolis] community, we hope we will be a beacon of hope to people who are looking for medical care.”

In the past four years, CFCN has seen 39.6 percent patient growth, and administrators believe that number is only set to increase with the opening of the new Niles Community Health Center.

“We will blossom as we open this new facility in Niles, and it will allow us to care for another 3,000 or 4,000 people,” Middleton said. “By having this new facility, we are able to increase the size of our medical staff and then have more appointments to offer to more people. We can improve healthcare in this area.”

Middleton is not the only one who believes CFCN’s expansion will benefit the greater Niles community and better serve vulnerable populations. Two leaders in areas impacted by the facility, Cass County Administrator Jeff Carmen and Niles Township Supervisor Jim Stover, said they believe in the work CFCN is doing and have faith that the new facility will benefit the areas they serve.

“The Cass Family Clinic is a great community partner that serves a vital role in the community,” Carmen said. “I think the new facility is fantastic, and [I] can’t wait to see the good that I know it will do.”

“The facility is very large, very attractive,” Stover added. “Needless to say, we are very excited about it in the township.”

After 10 years of constant growth, Middleton said CFCN is taking a breather after the opening of the new Niles Community Health Center, taking the time to see it grow before planning any other big projects. However, she knows that the nature of health care is always changing. She said that no matter what happens in the future with healthcare or the Affordable Care Act, CFCN would remain dedicated to its mission — to provide compassionate healthcare to those in the communities that it serves.

“Who knows what’s next? We just have to see, because, unfortunately, my crystal ball doesn’t work too well,” Middleton said with a laugh. “We just have to be open to the needs of the community and see if that fits with your mission and what you are able to accomplish.”

On Jan. 24, Niles-based fitness coach Frances Shavers did something she had never done before. She sat in her bathroom,... read more